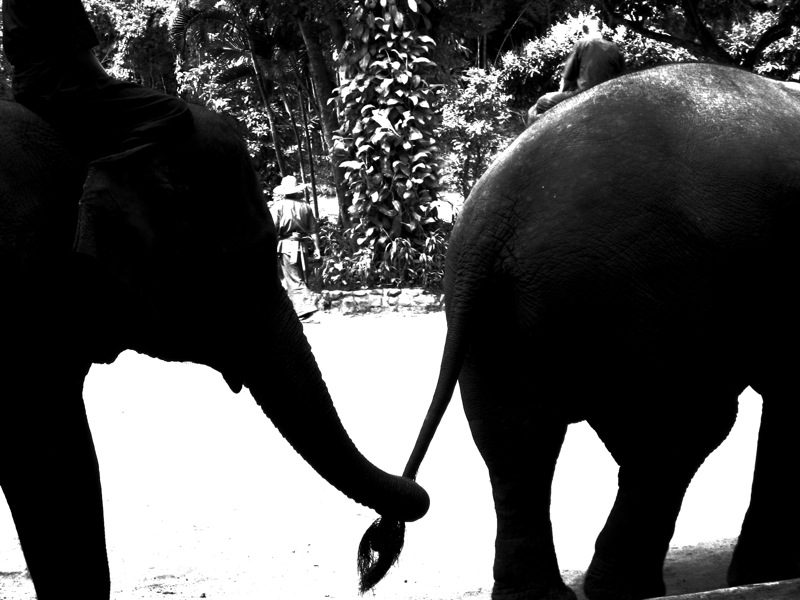 The President’s Transparency Review has finally concluded. After a period long enough to gestate both an elephant and a human baby consecutively, was it worth the wait?

Our response is an emphatic ‘Yes’. The president has both acknowledged the massive, weighty, elephant in the room (the erosion in public trust and confidence and the importance of increased transparency to remedy it) AND has avoided throwing the baby out with the bathwater (anonymity and confidentiality will be properly respected and protected). The President has made good on his commitment not to let transparency sit in the box marked ‘too difficult’.

At the outset of our written evidence to the review, we cautioned against adopting an overly simplistic, binary, all or nothing approach to transparency. This is one elephant trap the President has avoided :

A trap, and one into which I and, I suspect, many others may have fallen when first approaching this issue, is to see ‘transparency’ as raising a single question, ‘should the Family Court be open to the public and/or press’, to which there would be a single binary answer of either ‘yes’ or ‘no’. Experience over recent years, assisted greatly by the excellent work of the ‘Transparency Project’ and others, demonstrates that that formulation is very wide of the mark. There are in fact many ways that the Family Court can be more open, and provide more information about what takes place there, without altering the current restrictions on reporting and attendance. The publication of an annual Family Court report, greater publication of judgments, issuing of summaries of judgments, publishing daily court lists which are clear and more informative, are but a few examples. The Transparency Project has amply demonstrated that it is possible, within the current legal framework, to publish a range of information about the court and individual cases.

During this review I have, therefore, looked widely and thought laterally to try to identify changes both great and small which may increase openness in the system.

The broad approach for the future : the need for much greater openness

The President sets out his broad approach under this heading – although we’ve slightly condensed the text, the below extracts give the flavour (a … indicates where we have left something out) :

The family courts are part of the overall justice system. ‘Open justice’ is a fundamental constitutional imperative, to which there may be exceptions…the current limited degree of openness does not permit effective public scrutiny. It is by openness that judges are held to account for the decisions they make so that the public can have confidence that they are discharging their important role properly. It is no longer possible to rely upon the factors against more openness to prevail so that the Family Court continues to be an exception from the ordinary imperative for open justice. The extent of the jurisdiction of the Family Court, and the volume of its caseload, means that the impact of its work is now felt by many, in a way which will have been beyond the contemplation of legislators over 60 years ago in 1960. The level of legitimate media and public concern about the workings of the Family Court is now such that it is necessary for the court to regard openness as the new norm. I have therefore, reached the clear conclusion that there needs to be a major shift in culture and process to increase the transparency of the system in a number of respects… the reasons for this conclusion are as follows.

… the current arrangements fall well short of being satisfactory in terms of affording at least an adequate degree of openness… Media representatives, who … may be in contempt of court if they seek to publish any information relating to the proceedings, have not attended the court to any significant degree. Secondly the [2014] practice guidance … which required publication of anonymised judgments in certain categories of case and encouraged publication in others is, unfortunately, not being followed in many cases… The result of these two circumstances is that…the main body of the work in the family court is not open to any form of outside scrutiny or appraisal…

Justice taking place in private, where the press cannot report what has happened and where public information is very limited, is bound to lead to a loss of public confidence and a perception that there is something to hide. The Family Justice System is suffering from serious reputational damage because it is, or is perceived to be, happening behind closed doors. Further a lack of openness undermines accountability and allows the occasional poor practise to continue unchecked.

What has the President actually decided to do?

We have broken down concrete proposals for reform into a bulleted list :

The President hasn’t forgotten this. He is ‘both clear and firm’ that

Greater openness must not be at the expense of the interests of children…. The anonymity of children needs to be preserved full stop the welfare of children is what much of family justice is about… there is no doubt that the vast majority of children involved in these cases do not want to be identified and want to maintain their complete anonymity…It is, however, of note that there is no evidence of children actually being harmed [by identification on the internet]. In any event, in my view it is possible to maintain the privacy of those children, whilst at the same time operating a much more open justice system…. I accept, That, in the long term, holding a system up to greater transparency will benefit children by driving up standards and increasing public confidence. But the children going through litigation are unlikely to see that wider picture. Therefore it is critical that full protection is in place for them, and where possible the scope of transparency is explained to them.

We commend this approach. One of the points we made in the oral evidence session was that there was a need for those representing and working with older children to become used to discussing these issues with them so that they could give informed consent or make informed objections to publication of information about their case. We suggested that Cafcass might develop materials to support professionals in that important work.

The President is also clear in his proposals for the publication of judgments that there will need to be restrictions on publication of the detailed descriptions of child abuse.

The President does not shy away from the difficult issue of s12 Administration of Justice Act 1960, the piece of law which silences those who want to talk about what has happened in a family court case by making it a contempt of court to publish ‘information relating to the proceedings’ without the permission of the court. The President steers a careful line here, expressing some forceful views without stepping on the toes of Parliament, who ultimately will need to decide what to do about this decrepit piece of law:

The 1960 Act was concerned to protect and support the administration of justice…I have concluded that s 12 has the contrary effect of undermining confidence in the administration of Family justice to a marked degree. Whether s 12 should be repealed and replaced by a provision that is more fit for purpose is a matter for Parliament and not the judiciary. I do however support calls for urgent consideration to be given by government and Parliament to a review of this provision.

Pressure to look at s12 has been building for some time – see this call for the Law Commission to consider its reform. We hope that the Justice Committee Open Justice Inquiry, to which we have submitted written evidence, will look at this issue.

The proposals to change the rules and to run a pilot are essentially work arounds s12. We will have to wait and see whether or not those work arounds are sufficient to obviate the need to reform the legislation or not.

This is not coming to a court near you next week. It will take a while to get through the system and much of it will be trialled first. But make no mistake, it is coming – and the very clear signal is that these reforms are signalling the need for a shift in culture. That means that we should expect to begin to see green shoots of a change in attitude from those working in the Family Justice System, as they adapt to what is on the horizon, and perhaps also from some parts of the media. Lawyers, judges and social workers should begin getting themselves up to speed and thinking about how changes to their practice might be required.

We very much hope that these reforms and the clear signals about the direction of travel will give more lawyers the confidence and motivation to become legal bloggers – both as a means to support transparency and as a means of personal professional development. More information about legal blogging can be found here.

The report concludes by saying that the President is now going to consult and seek comment on the proposals made, but does make clear that this will be a ‘short’ consultation process (hopefully less than an elephantine gestation period), and that it will be about the detail, not the overall direction of travel.  The TIG will then establish trials of the changes before wider implementation.

If we have one quibble about this document, it does not give us a full list of who submitted written evidence, though it does tell us who gave oral evidence. It would be interesting to see what other organisations provided responses, albeit that there are probably good reasons why naming individuals who have responded might be less appropriate.

Our response to the review?

We are thrilled with this outcome. It vindicates the hard work that the team of volunteers at The Transparency Project have put in to raising the profile of transparency issues, and into thinking hard about how it can be responsibly achieved. We are only too aware of current levels of distrust and mis-information about family courts and we can see great potential here for addressing that.

It’s important to acknowledge that The Transparency Project is a collective effort – the team is made up of volunteers who give their time, energy and expertise to try and help make family justice clearer, for the benefit of everyone. Many people worked hard on our written evidence submission to the review, and our core team, our wider pool of writers, our Patron HH Clifford Bellamy and our supporters have all made important contributions to making this change finally happen.

It takes a village. This is an important moment, and it will make family justice better.

For those who want to read it in full, the Review has been published on the judiciary website, along with the separate document concerning the Financial Remedies Court. We hope to be able to publish a post about those proposals shortly, too.

You can view the oral evidence submitted to the Review here.

*An earlier version of this post suggested the pilot will be 18 months long. In fact, the review doesn’t specify a duration. That’s our error.