Mums on the run 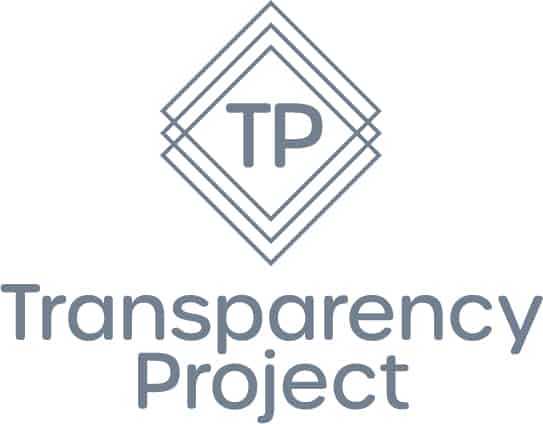 On the 4th of April, BBC Radio 4’s Woman’s Hour dedicated much of their podcast to the issue of repeat removals of children into the care system. As a mum who had my own baby taken at birth, after a previous set of public law proceedings in respect of my elder children, this was difficult, but essential listening. The BBC later covered the podcast in an article which you can read here.

Jenni Murray, presenting, spoke at first of the shocking figures; 75,420 children currently in the care system in England – the highest number recorded in the past 25 years – and a “doubling of the numbers of babies being taken into care at birth in the past decade”, a rise of 4% in the number recorded last year. An article published earlier this year details the “Rise in children taken into care pushing 88% of councils over budget”. Cuts to family support services and the widespread closure of SureStart centres are all continuing to affect families across England.

Jenni then turned to the issue of pregnant mums who flee the country to escape from social workers, and the possibility of losing their babies at birth. She spoke with “Zara” (not her real name), a mum who had had two children previously removed by the local authority and was pregnant with her third child. Zara had experienced a difficult childhood with what she described as “an abusive mother” resulting in a brief entrance into foster care herself. Zara then went on to have a child at the age of 16, and another at 18. Both of these children were subsequently removed by social workers over concerns around “abusive relationships”.

At 22, Zara fell pregnant again. When asked by the interviewer why, after two previous removals, she chose to get pregnant again, Zara said:

“When you’re in a situation where you’ve had children removed, it’s like losing any child. You need to be a mother, and you have a child-shaped hole in your heart… there’s only one thing that will fill it… I was living in hope”

Zara worked with the local authority from being 22 weeks pregnant until she was 37 weeks. At this point, she said that the local authority weren’t giving her any indication of what might happen to her unborn child. However, they had stated their concerns; previous removals, abusive relationships, isolation and that Zara had been suicidal in the past.

Zara became fearful, not knowing what she may be facing. Having been in this position myself (though a lot earlier in my pregnancy), I can empathise. She did exactly what I did; she turned to social media for help.

If you Google “forced adoption”, you receive almost 55 million results. Some are newspaper articles, law sites, social work sites, or blog posts – but the second result down is the website of one “Ian Josephs”, who, it is heard within the podcast, describes “social workers, judges, guardians, experts and hangers-on” as “a load of scumbags who should be locked up”.

Zara, like me, found secret groups on Facebook, and in one, like me, she asked for guidance and advice from the other members. What would happen to her baby?

She was told that she wouldn’t be able to keep her child and that she should leave the country to avoid her baby being taken. She was told that a man called Ian Josephs would help her by paying for her tickets. She was contacted by a woman who offered her a “package; a new life being sold”. Zara was told she would have accommodation, a job, a support network.

I was told the same. I contacted Ian Josephs directly early on in my pregnancy. I emailed him at 4am UK time on a Sunday morning, and by 8.30am he had called me, telling me to get out of the country and selling me the same “package”. I was told to go to Northern Cyprus where “they (social workers) couldn’t touch” me. I had no job, no passport, no savings, and older children here – one living with me. Nothing was asked about or checked on me or my background – it was just assumed that I was a victim of “the system”. Ian Josephs can be charismatic and charming – and I was frightened and vulnerable.

Ian Joseph’s website gives out, in my opinion, some worrying advice. He speaks with authority and ensures his Oxford University degree is prominently placed. In his “golden rules” he tells readers never to ask for help from social workers, even if their child has been sexually abused. If found in another country, Ian advises children should be told to warn airport staff that the social worker has swallowed drugs, or intends to blow up a plane. He advises parents never to sign anything, never let their children go into foster care and to sack their own lawyers, citing that “Legal aid lawyers are professional losers”. He quite blatantly states he will pay for pregnant women to get out of the country. There are many messages from parents who have apparently taken Ian’s advice, fled and, allegedly, never been bothered by “wicked” social workers again.

Reading this as a person not in the throes of pregnancy, and not fearful of having your unborn baby removed – it seems absurd. Why on earth would you flee the country, leave behind everything you know and all of your support whilst heavily pregnant?

But, as Claire Mason, a Senior Research Associate at the Child and Family Justice Research unit at Lancaster University explains; these women are extremely vulnerable. In the latest study “Born into Care” published by the Nuffield Foundation, of which Claire was involved, it was found that 63% of women were teenagers during their first pregnancy, and then had a quick subsequent pregnancy when their first child was removed. Claire speaks about these mothers who then experience a different type of grief, where the child hasn’t died but isn’t with their mother coupled with the shame and stigma of being deemed “not good enough”. This can sometimes be known as “disenfranchised grief”.

Zara experienced the same. Unlike me, she did leave the country and went to France. It was “a matter of four hours” from her, at 37 weeks pregnant, having no thoughts of leaving the country, to receiving this advice from social media, speaking with Ian Josephs and actually being on her way. Zara talks about feeling she was going towards “a new life”. That “nothing was going to stop her”. She talks about being sold “a nice-sized house, with room for everybody”.

The BBC report tells us the reality : Zara was picked up from the station by a woman she had had contact with via Facebook and taken to a run down barn. She was locked in a room with another pregnant woman, her partner and their two-year-old child. She was made to hand over her passport and bank card, and her account was cleared out. Other women who fell prey to this promise of a “new life” later reported being shouted at, made homeless and living without electricity during the winter months.

4 days after her arrival, Zara escaped. She hitchhiked, went to stay with a friend and she gave birth to her child. The French social workers were happy with her care of her daughter and Zara’s case was swiftly closed.

After a year, Zara came back to the UK. Her baby was taken shortly afterwards. No further information was given but she rightly asks :

“How can I be a good parent in one country, but not another?”

“It is clear more parents are being given advice to run. I wouldn’t have seen this 10 years ago. From what I’ve been told, people are at risk of being taken advantage of financially and sexually. It is extremely worrying. Every European country has a mechanism for non-consensual adoption; only the UK uses it with such enthusiasm. Families have the perception that places like France are perceived as more sympathetic and supportive – so they flee.”

In the Government’s own “Teenage Pregnancy Prevention Framework”, published in May 2018, care leavers are three times more likely to become pregnant before the age of 18. What package of support is given to children in the care system to educate them on how to become a “good enough” parent themselves?

Sophie Humphreys founded Pause because she, as a child protection social worker, had seen for herself the lack of support for mothers trapped in a cycle of repeat removals. Sophie speaks about “deeply entrenched issues” that often run across generations. Pause offers both practical and emotional support to mothers to break that cycle, but does require the women to take Long Acting Reversible Contraception (Larc) during the whole of their time on the Pause programme. Sophie feels that the “teachable moment” for women like Zara is not during pregnancy. However, Claire Mason disagrees and feels that women are “at their most motivated” for change during pregnancy. Both agree that a trauma-informed approach which acknowledges the stigma and shame the women have experienced is key to lasting change.

Pause, which has been funded by the Department of Education Innovation Fund, the National Lottery and more is not the only programme of its kind, but it is the only one to receive such generous funding and media exposure. There has been some disquiet around this and journalist Louise Tickle has previously explored this in more detail here.

Pause, and other programmes of a similar ilk are not nationally available and so support is very much a “postcode lottery”. Requiring a woman to take Larc as a precursor to access services may also prove to be discouraging.

Jenni ended the podcast by taking some calls and emails from listeners. One such listener, Peter, said “why can’t both the child and the mother be taken into care, if need be? They should be kept together, or problems continue or more are created. It seems inhumane to care for the child, but not the mother.”

So, what is the answer to this intractable problem? How do we break the cycle, particularly for the most vulnerable in our society? This was an excellent podcast and essential listening for all involved in child protection. However, the question, for now, remains unanswered.