Vaccination – No ‘biggie’ but still ‘a big deal’ 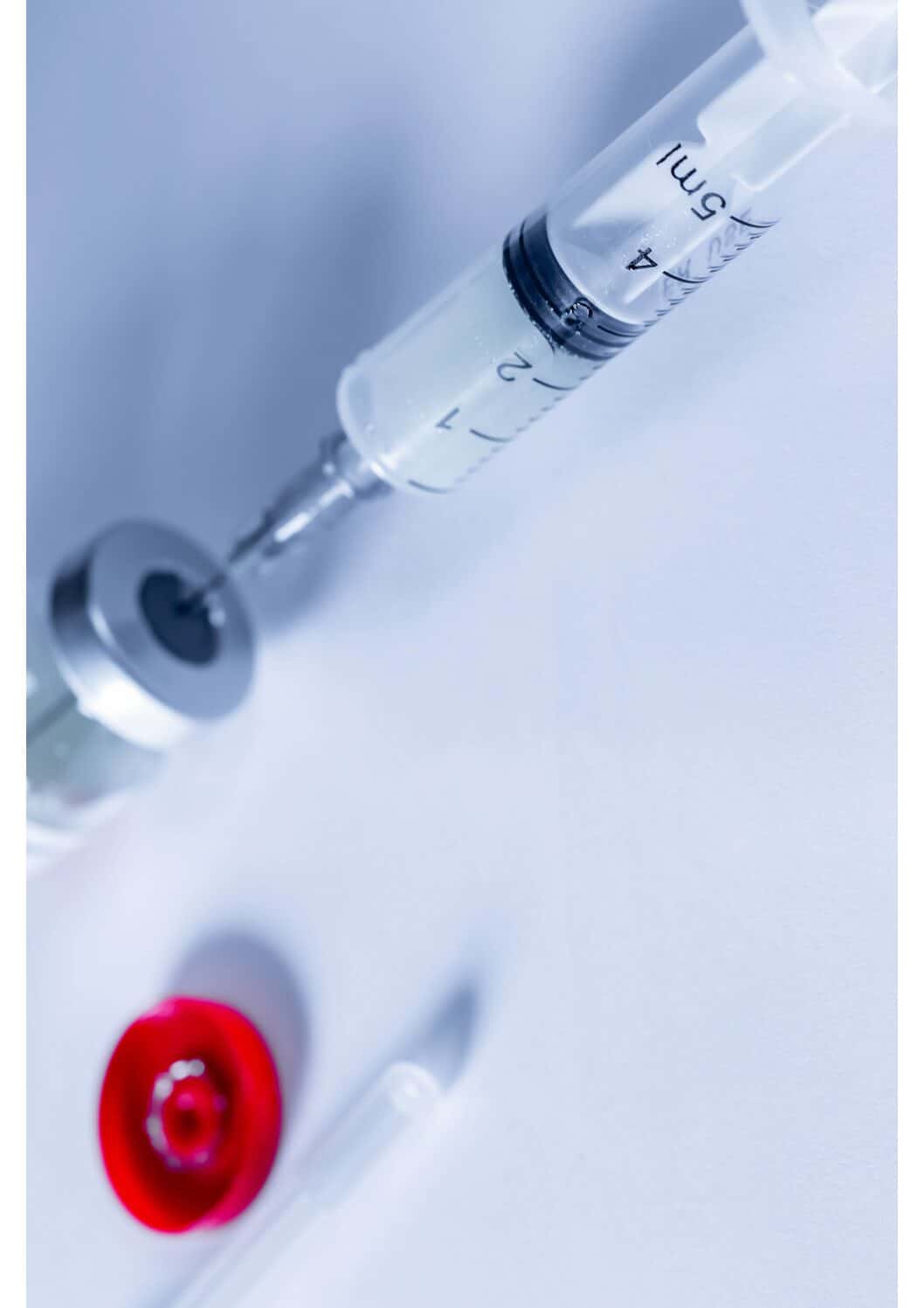 This is a guest post from Katie Gollop. Katie is a barrister at Serjeants’ Inn Chambers specialising in healthcare related law. She’s also a Deputy High Court Judge allocated to the Family Division and Court of Protection.

Here, in the midst of a public health emergency, is an important Court of Appeal decision about immunisation.

In the parallel universe of press briefings, “the Science”, and tripartite, three word slogans, the take home message for Local Authorities would be something like:

Every single reported decision, whether between parents or between parents and a Local Authority, has resulted in the child being immunised. So what, you might well ask, is new about this one?

What’s new is the ringing, unambiguous declaration that vaccination is in the best interests of children and of society. The decision puts immunisation in proportion (relative to other forms of medical treatment) –  “The administration of standard or routine vaccinations cannot be regarded as being a ‘serious’ or ‘grave’ matter” – normalises it, and makes it the default position.

Given that we’re in the middle of a pandemic and the whole world is waiting for a vaccine, it’s worth asking if the decision has any wider implications. Two thoughts come to mind but before getting to them, here are the headlines in more than three word slogans.

Bear in mind that the decision is only binding in public law cases where the child is in care. That said, it makes some observations about private law disputes where parents cannot agree about whether their child should be vaccinated.

Immunisation: A good thing and ‘no biggie‘

• It is 17 years since Wakefield suggested there was a link between the MMR jab and autism. His research has now been definitively discredited: there is no link. All reliable evidence supports Public Health England’s advice and guidance that childhood immunisations are in the best interests of children and society as a whole, absent a specific contra-indication in an individual case.

• Where the child is healthy, vaccination – whether labelled public preventative healthcare or medical treatment – is not a grave or serious matter.

What Should Local Authorities Do?

• Where parents don’t consent and the child is healthy, they should use their s33(3)(b) power and arrange vaccination without troubling experts for a report or judges for an order/declaration.

• The LA must make an individualised decision for each child – this case is not a blanket policy to be applied in all cases without more.

• Parental wishes and views must be taken into consideration. However:  “the matter is not to be determined by the strength of the parental view unless the view has a real bearing on the child’s welfare.”

What Can Objecting Parents Do and What Do They Need To Know?

• They can apply using the inherent jurisdiction and, if necessary, seek an injunction under s 8 of the HRA 1989 to prevent the LA using s33(3)(b) to immunise.

• But – such proceedings “are unlikely to succeed unless there is put before the court in support of that application cogent, objective medical and/or welfare evidence demonstrating a genuine contra-indication to the administration of one or all of the routine vaccinations.”

• The decision notes that there is no private or public law case in which vaccination has been refused. It gives no steer as to the welfare reasons that might persuade a court not to make a vaccination order.

What About Private Law Disputes?

• The prospects of the court granting a vaccination order/declaration in respect of a healthy child with no medical contra-indication are very clear.

• The Court of Appeal did not express a view on procedure. King LJ queried whether it is still necessary to ask courts to adjudicate when holders of parental responsibility can’t agree. But she then went on to say that as neither parent has primacy, they have no option but to go to court.

• One option might be for the parent wanting and consenting to vaccination to ask either the council employing the child’s health visitor team or the child’s GP to bring the application – see below. That would remove the burden from the parent’s shoulders, lessen the tension between them and promote the child’s best interests.

Should the NHS be seeking vaccination orders?

King LJ deprecates the use of care proceedings to obtain a medical treatment order where the parents are loving and not criticised in any way. Care proceedings should only be issued by a Local Authority where there are concerns about the care that parents are providing to their child, over and above the medical treatment dispute. She also says that where there are no care proceedings, parents cannot be considered to be causing a child to be likely to suffer significant harm when they decide against vaccination.

Where medical treatment is the only concern, the appropriate process is for the NHS Trust to make a court application using the inherent jurisdiction. (Perhaps oddly, the decision doesn’t mention s8 in this context even though, with the court’s permission, a Trust can apply for a s8 order.) It’s appropriate because where the NHS is the applicant, significant harm is not an issue because the threshold criteria do not apply; the only issue is best interests.

Where does this leave children, known to the State, whose caring parents have decided not to get them immunised? Should somebody should be intervening on their behalf?

The Court of Appeal certainly doesn’t say so (it should be borne in mind that by the time the appeal was heard, baby T’s parents were no longer opposing vaccination). But if immunisation is best for children and best for society, as the Court tells us it is, one might think it follows that the State should be protecting unvaccinated children, for their good and for ours.

The healthcare practitioners who know which children have not been vaccinated are health visitors and GPs. Health visiting is now part of local government. GP partnerships often have their own budgets. Public funds are going to be squeezed and it’s hard to see how councils or GP partnerships are going to view the cost of making a High Court application for a vaccination order a good use of their funds. Uptake of immunisation isn’t at pre-Wakefield levels but it is high. Health visitors and GPs might be likely to feel that taking parents to court would risk destroying relationships, particularly where children are vulnerable.

For as long as vaccination is a matter of parental choice, there will always be a small number of children outside the immunity herd.

After The Lancet’s disastrous publication of Wakefield’s now discredited paper in 1998, in which he purported to have found a possible link between the MMR and autism, many parents did just that. By 2005, take up of the MMR had fallen to 81%. Numbers have increased since but not to pre-Wakefield levels: there were 991 cases of measles in the UK in 2018.

Should we be considering compulsory vaccination? Protection from Covid-19 has necessitated massive State intrusion into the life of every single person in the country. Going outside, unless for specified purposes, has been made unlawful. There’s been huge buy in and, through the prism of public health, an intense focus on the balance between the individual rights, the duty of care we owe each other and societal good.

As this decision observes, social attitudes to medical matters change and as they do, the law changes too. Twenty years ago, surrogacy using donor eggs was unusual and the law denied women robbed of their fertility by negligence, compensation to enable them to have a family in that way. Earlier this year, Baroness Hale reversed her earlier decision and damages can now be awarded. For many years, it was considered mandatory to come to court before life sustaining treatment could lawfully be withdrawn from a person in a prolonged disorder of consciousness. In 2018, any such requirement was removed.

Could Covid-19 be a compulsion game changer? At last year’s Conservative party conference, Matt Hancock said that the Government was looking seriously at making immunisation mandatory. That was long before the pandemic. Now that we have experienced its effects, the issue will surely have to be revisited if a safe and effective CV19 vaccine becomes available. Public tolerance of parents who refuse to get their healthy children vaccinated might well be low. And it’s not inconceivable that some parents might refuse to send their children to school unless they knew for sure that all children there had been immunised. If a CV19 vaccine was made mandatory, might it would be a short step to making all of the childhood immunisations, including MMR, mandatory too?

I’m a lawyer not a pundit so these are questions, not predictions. And I have no personal view: there are good reasons why the immunisation programme has always been voluntary. What one can say with confidence is that if the Government ever turns its mind to putting vaccination on a compulsory footing, it will look at this decision very closely.