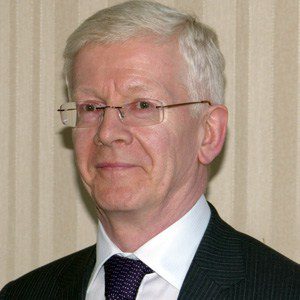 In Re X, Y and Z (Children) [2010] EWHC B12 (Fam), at the end of what had been scheduled as a 20 day finding of fact hearing in a case of alleged fabricated or induced illness, I marked my disapproval of the way the case had been handled by the local authority by ordering it to pay £100,000 towards the parents’ legal aid costs. I did not name the local authority. I was highly critical of the expert witness, a consultant paediatrician. I did not name him. I fixed a date for handing down judgment and circulated the judgment to the advocates in advance. I did not read out the judgment in court but simply handed it down. The young journalist who was in court was not very pleased. It is now ten years since accredited media representatives became entitled to attend hearings in the Family Court. To the best of my recollection, that is the only time a journalist has attended a hearing in my court.

In Re X, Y and Z (Children) I could have dealt with those issues differently. Because I didn’t, there was further litigation. The BBC made an application to the court for the local authority to be named. The application was opposed. I allowed the application  BBC v Coventry City Council and others (Care Proceedings: Costs: Identification of Local Authority) [2010] EWHC B22 (Fam). That led to my original decision being reported with the identity of the local authority included in the title  Coventry City Council v X, Y and Z (Care Proceedings: Costs) [2011] 1 FLR 1045.

A journalist was concerned that although I had eventually agreed to the local authority being identified, the consultant paediatrician who I had criticised had still not been named. He made an application to the court. I transferred that application to be heard by the then President of the Family Division, Sir Nicholas Wall. His judgment is reported as Re X, Y and Z (Expert Witness) [2011] EWHC 1157 (Fam), [2011] 2 FLR 1437. Leaving to one side the fact that Sir Nicholas gave me a rap across the knuckles for not giving the paediatrician the opportunity to be heard before I published my ‘swingeing criticisms’ of him, there is a particular point made by the President which is worthy of note. He said:

‘In my judgment, the simple identification of Dr. M does not meet the exigencies of this case . . . The nature of the advice, and the terms in which it was given will not be known, nor will the doctor’s justification for what he said. If there is to be a debate it must be a real debate, and a real debate requires the material for the debate to be available. In my judgment, this can only be achieved by the disclosure of Dr M’s report . . . I would therefore like to see a practice develop, in which expert reports would be routinely disclosed, and the media able to comment both on the report and on the use to which they were put in the proceedings. This would mean that the views of the judge on the expert evidence would also be disclosed.’

Notwithstanding that very clear guidance, the consultant’s report has never been published. The practice the President encouraged never developed.

The blow to my pride of receiving a rap across the knuckles was softened to a degree by the fact that at the end of his judgment the President referred in positive terms to another judgment I had published a month before his in Re X, Y and Z. My judgment in Re L (A Child: Media Reporting) [2011] EWHC B8 (Fam) arose from a finding of fact hearing in which the mother (who I found to be responsible for inflicting her baby’s injuries) had apparently solicited support from a well-known journalist, Mr Christopher Booker. Mr Booker wrote articles about the case in the Sunday Telegraph. Knowing of his interest in the case, through the mother I invited him to attend the finding of fact hearing. Mr Booker did not attend on any day of that hearing. I criticised him in my judgment. In Re X, Y and Z, the President supported my criticism. I was soon to learn another hard lesson. Mr Booker published another article in the Telegraph, this one criticising me. The moral of the story is that the journalist always has the last word.

On 11 January 2013, Sir James Munby was appointed President of the Family Division. He had a keen sense of the importance of transparency in the Family Court and was determined to do something about it. On 16 January 2014 he published Practice Guidance Transparency in the Family Court: Publication of Judgments. Following the publication of that guidance, in 2014/15, the first year of the Family Court, 234 judgments were published by Circuit Judges. By 2018/19 that figure had fallen to 74. A glance at the judgments published over the last five years reveals that some judges (I confess that I am one) have followed the Practice Guidance enthusiastically. However, it is equally clear that some judges have not published any of their judgments. I know from conversations with colleagues that there are a variety of reasons why they do not publish their judgments.

The harsh reality is that the number of Family Court judgments published by Circuit Judges each year is but a small proportion of the total number of the judgments they hand down. As research undertaken to evaluate the effects of the Practice Guidance has shown, the Practice Guidance has made a difference, but perhaps not as great a difference as had been hoped (J Doughty, A Twaite and P Magrath, Transparency through publication of family court judgments (Cardiff University/Nuffield Foundation, 2017).

In August 2014 the Practice Guidance was followed up by a consultation document, Transparency  Next Steps. The President clearly wished to build on the foundation created by the Practice Guidance and wanted to try to get even more information out of the Family Court and into the public domain. Included amongst the proposals which were the subject of the consultation paper, the President said:

‘I am seeking views on further guidance which I propose to issue, dealing with the disclosure to the media of certain categories of document, subject, of course, to appropriate restrictions and safeguards.

After discussion with a number of judges, my current thinking is that the next step might be a pilot project, confined to cases heard by High Court judges sitting in London (and possibly a limited number of DFJs elsewhere), under which the disclosable documents would fall into two categories:

(2) Some experts’ reports, or extracts of such reports.’

That proposal was very much in tune with the encouragement given by Sir Nicholas Wall in Re X, Y and Z.

Sir James retired on 28 July 2018. The results of the consultation were never published. Though providing a foundation stone, the Practice Guidance published in 2014 has not yet led to the building of a more elaborate edifice of transparency. Although a small number of family court judgments are published each year, the evidence relied upon by judges in reaching their decisions is not published. The public is, therefore, still given only a limited view of what goes on in the Family Court.

So where are we now? Another day, another President. On 28 July 2018 Sir Andrew McFarlane became the new President of the Family Division. He has already stepped bravely into this hostile terrain which we call transparency. He has been innovative. In a development for which the Transparency Project is largely responsible, the Rule Committee has authorised a pilot in which legal bloggers (who are lawyers) are permitted into family court hearings. The pilot runs for nine months until June 2019  see FPR 2010 PD 36J Pilot Scheme: Transparency (Attendance at hearings in private) and www.transparencyproject.org.uk/legal-bloggers-pilot-announced. Where might this lead?

In December 2018, the President also issued Practice Guidance: Family Court  Anonymisation guidance in which he refers with approval to a report published by Dr Julia Brophy in 2016, and adopts the draft guidance set out in that report. The draft guidance was designed to minimise the risk of identification of children and made recommendations on how descriptions of sexual abuse could be presented in judgments with a view to protecting children from the dissemination of distressing material on the internet or social media.

Although the Family Court is now under new management it is pleasing to see that the need to improve transparency remains an important objective.

What does the future hold for developments in the attempt to improve transparency in the Family Court? As a pensioner with my most active years behind me, I have the luxury of being able to choose to step out of the fray, put my feet up, watch with interest and smile sagely. Or I could choose to get stuck in. I would like to write a book. On transparency. It may yet prove to be the best book on transparency that was never written! We shall see. In the meantime, I want to offer my encouragement and support to the Transparency Project. It is doing an excellent job. It is helping to make things happen.