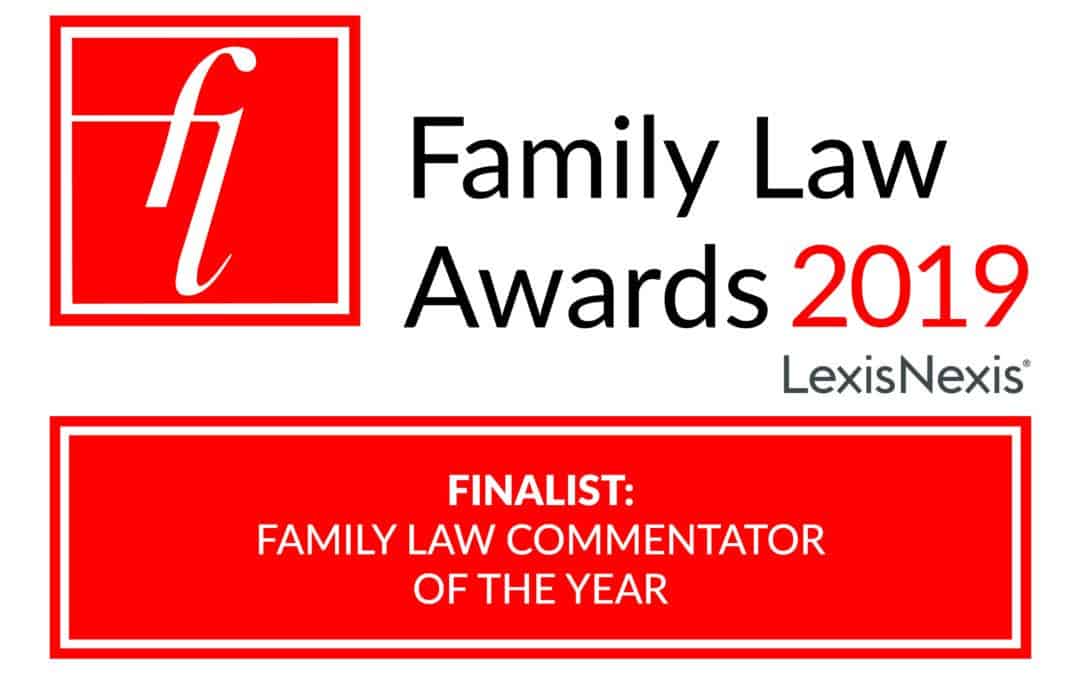 We are thrilled to announce that we have been shortlisted for the Lexis Nexis ‘Family Law Commentator Of The Year’ award.

The award is for ‘the commentator who the family law community consider to have provided the most useful commentary to help them in their practice. The commentary could have been contained in any format including books, journal articles, videos or blogs’.

We think we fit that bill quite nicely, although we are also very much public facing. In fact, the Transparency Project were shortlisted for this award in 2017 (we didn’t win… *sniffs*), and so we know the competition is fierce. But whether or not we win this award, it feels good to achieve some recognition for the work we’ve been doing to make family justice clearer.

We couldn’t do what we do without our amazing TP team. So, we extend a big THANK YOU to our amazing bunch of volunteers, writers and staff, without whose hard work and word skills we would disappear in a puff of smoke. Take a bow Team TP!

This award is decided by a vote by the family law community (if you are reading this blog, that’s you). This means we need you to vote! We would be super pleased if you could take a minute of your time to cast your vote – for us we hope, but if not for one of the other no-doubt-super candidates. You can vote here.

Why vote for The Transparency Project?

* Transparency in the Family Courts – Publicity and Privacy in Practice is co-authored by our three trustees, and this quote is taken from the foreword by Sir Andrew.

Another way you can show your appreciation

We’re trying to raise funds to continue our work, and in particular our Family Court Reporting Watch project. If you are in a position to make a small one off or regular donation it would help to defray recurring core costs, and hopefully help us sustain this largely volunteer led project.

You can make a giftaided donate via justgiving page here.