The family court in an era of austerity: problems and priorities – Sir James Munby 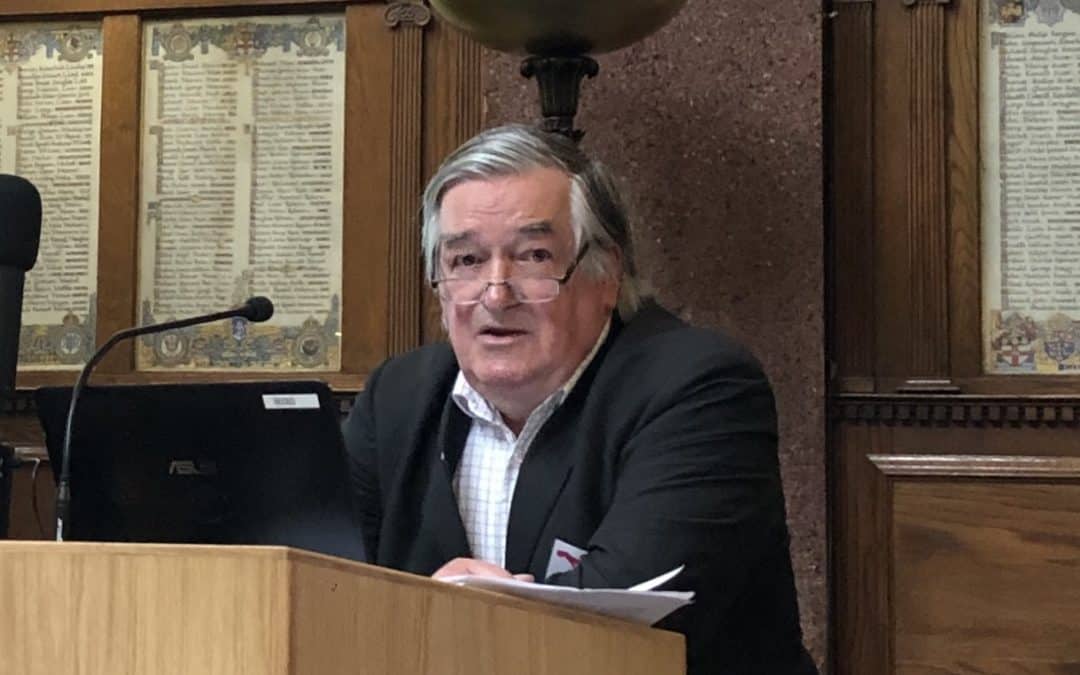 The online divorce project has been a “triumphant success”, according to Sir James Munby, but the family justice system as a whole is “inadequately funded and resourced” and the shortage of judges, the cuts to legal aid and antiquated IT systems were among the “many difficulties we continue to face”.

The former President of the Family Division was giving the keynote speech at the Bloomsbury Professional family law conference on 25 June 2019.

“The shocking condition of the court estate today”, said Sir James, was not simply a result of austerity, however convenient an explanation that might seem; rather, it reflected “decades of neglect, under-spending and penny-pinching cost-cutting.”

There was inadequate recognition of the vital importance of the rule of law and “its essential concomitant, a properly resourced justice system”. The Ministry of Justice was not a ‘protected department’, so its budget had been repeatedly cut in recent years, with disproportionately severe impact on family justice.

A striking example was the crisis in judicial recruitment, on which the Lord Chancellor announced an “urgent response” on 5 June 2019 with interim measures to address the problem. “Reassuring words, until one remembers that the relevant report of the Senior Salaries Review Board had been on his desk since October 2018”.

As the Lord Chancellor acknowledged, however, “The impact is already being felt in the family courts, where a shortfall of judges is contributing to significant delays in child care proceedings.”

That the entire system was underfunded meant that it was only coping because “everyone, and not just the judges, is over-working”. That was unsustainable and unless urgent action were taken, things would only get worse.

The withdrawal of legal aid had led to many parts of the system becoming “lawyer-free zones”. The additional pressures were not the fault of litigants in person.

“On the contrary it is in overwhelming part the consequence of a system whose rules are, for the typical lay person, of unintelligible complexity and which, even now, despite many useful initiatives, still provides far too little user-friendly information, guidance and assistance for the litigant in person.”

The expected savings from digitisation would not come from what happened in the courtroom, though full implementation of the ambitious digitalisation process would significantly improve family court processes. Rather, the savings would be in relation to back office functions.

As for the shocking condition of the courts estate, one thing that exemplified it in particular was the ongoing problems with court lifts, which were “the subject online of much mirth, ridicule and justified complaint.” The Reading County and Family Court lift was a notorious example. Having been out of action for many months, it acquired its own Twitter account. It had now been fixed, but another defective lift, in another court, had recently also acquired its own Twitter account. Out of a thousand lifts across the courts estate, 23 were currently out of order. “This would not be tolerated in the private sector”. Even the newly repaired lift in the West Green Building of the Royal Courts of Justice, which was “vital for wheelchair access to large parts of the RCJ complex”, appeared to have broken down on each of the two occasions Sir James had recently visited.

What was to be done? What were the priorities?

“First, we need more judges if delay is not again to become the scourge of the family justice system”.

But it was a matter of increasing concern how little was known about the overall plan in relation to key aspects of the Modernisation Plan. “All the indications are that, unhappily, too much remains to be done.” Although the online divorce project had been a triumphant success, there was a crying need for proper IT systems capable of creating, generating and sealing standard form orders on the day of the hearing, and interactive digital tools to compile and analyse Form E and generate and amend financial spreadsheets.

“I remain upbeat and positive about the future of the Modernisation Programme, but no good is achieved by ignoring or glossing over the many difficulties we continue to face.”