State of the Union: Scotland, England, and the Villiers divorce case 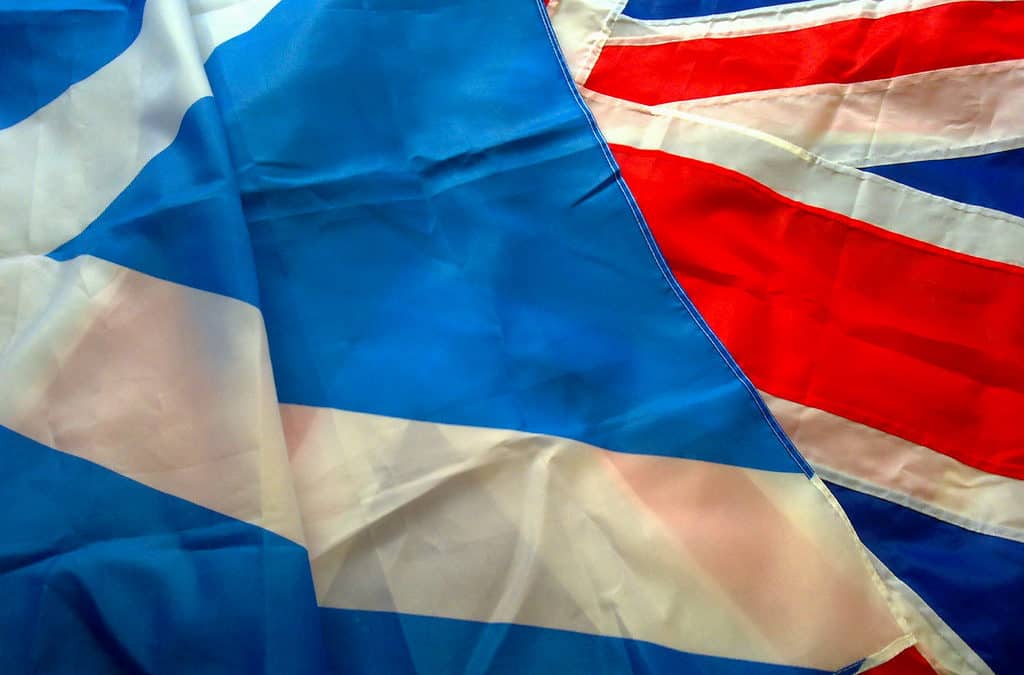 On 9 and 10 December 2019, the Supreme Court – Lady Hale, Lord Kerr, Lord Wilson, Lady Black, Lord Sales – heard an appeal between Charles Villiers (‘a relative of the Duchess of Cornwall’: The Times) and his wife Emma Villiers (‘the sort of person who had 11 pairs of white jeans’, says Charles, damningly, in the Daily Mail). It’s about divorce law, EU law, freestanding spousal maintenance claims, and the kind of bitterness that can only accrue during seven year-long divorce proceedings.

The Villiers married in 1994 and lived in Scotland. Following the breakdown of the marriage, Emma Villiers moved with their daughter to England and later issued a divorce petition in England. She could do this because she had by then been ‘habitually resident’ in England for more than 12 months, and this is one of the grounds on which an English court has jurisdiction (the power or ability to hear a case) on a divorce. Charles Villiers contested the court’s jurisdiction. At the same time, he filed his own divorce petition in Scotland. His petition did not include a request for the court to make a financial remedy order in his favour: this becomes important later.

Where there are two competition petitions in different jurisdictions within the UK, the Domestic and Matrimonial Proceedings Act 1973 Schedule 1 paragraph 8(1)(c) says that the divorce should be heard in the country within the UK where the parties last lived together. Here, the parties last lived together in Scotland, as it was only Mrs Villiers and their daughter who had moved to England.  The parties then agreed that the wife’s petition would be dismissed, leaving the husband to pursue his divorce petition in Scotland.

Mrs Villiers did not apply for financial remedy under the Scottish petition. However, she made an application in England under s27 Matrimonial Causes Act 1973 for interim maintenance for herself (that is, maintenance while divorce and financial remedy proceedings are going on) including money to help pay her legal fees. Section 27 says that either party to a marriage can apply for maintenance where the other party has failed to provide them, or their child, with ‘reasonable maintenance’. It is (say the Court of Appeal later) ‘a free-standing power for the court to order one spouse to pay maintenance to the other, even absent proceedings relating to divorce, nullity or judicial separation.’ Mr Villiers claimed that the English courts did not have jurisdiction to hear the application.

Why are they arguing about Scotland v England?

Applying under s27 was a canny move by Mrs Villiers: Scottish law restricts spousal maintenance to three years in most cases, whereas English law does not (although that doesn’t mean she would get lifetime maintenance either, despite the Times referring to that hoary old chestnut the ‘meal ticket for life’). That means that potentially an English order would be much better for Mrs Villiers than a Scottish order.

Moreover, as David Hodson has pointed out, Scottish law does not take into account interests under a will or potential benefits under a discretionary trust while England does. This was important here because Mr Villiers is the beneficiary of a trust with assets of £3.5 million.

However, the English courts could only hear Mrs Villiers’ maintenance application if they had jurisdiction to do so by virtue of the Maintenance Regulation and Schedule 6 to the Civil Jurisdiction and Judgments (Maintenance) Regulations 2011. That is, if the Regulation said the courts had the power or ability to hear the case. The Regulation is EU law and is the type of EU law that is automatically part of our domestic law in the UK.

The Maintenance Regulation enables a party to enforce a maintenance order made in one state against another state, so that a German order could be enforced in France, for example. The United Kingdom is one member state of the EU. (That’s why even though Scotland and Northern Ireland voted to remain in the EU, they have to leave the EU with the rest of the UK at Brexit.) However, the Regulation treats Scotland and England as separate states. This means that Mrs Villiers could get a maintenance order in England where the law is more favourable to her and enforce it in Scotland.

So which country’s court should hear the case?

At first instance, Mrs Justice Parker held that the English courts did have jurisdiction to hear Mrs Villiers’ maintenance application and ordered Mr Villiers to pay her £2,500 per month in interim maintenance and an additional £3,000 per month towards her legal fees. Even though he was bankrupt, the judge held that the trust of which Mr Villers was a beneficiary would pay him money. She decided the case only on the basis that they were not the same cause of action, as the issue of whether the maintenance case was a related action was not argued before her.  She decided they were not the same cause of action because neither party had applied for financial remedy in Scotland. You can read her judgment here.

Let’s pause here and note that Mr Villiers conducted the hearing before Mrs Justice Parker himself. The judge comments on how difficult he found it and how difficult it was for her as a judge to work out what his case was. Mr Villiers is bankrupt so he does not have money to pay lawyers [although the judge found the trust could have paid him], and is not eligible for legal aid because legal aid only covers financial remedy cases where there is domestic abuse (it appears to be the same in Scotland, but any experts are welcome to jump in on the comments). Expecting Mr Villiers or any other lay person to work out the law and make technical arguments about forum non conveniens, EU Regulations and so forth is too much to ask. In the Court of Appeal and Supreme Court, Mr Villiers is being represented by the Bar Pro Bono Unit, now known as Advocate. Like over 3,800 other barristers who volunteer through Advocate, Mr Villiers barristers Michael Horton and Alexander Laing are volunteering their time – and it will be a lot of time on this case – for free.

Is this about divorce tourism or forum shopping?

Divorce tourism, aka forum shopping, describes a situation in which a party relocates to a jurisdiction that is most favourable to them and issues proceedings in that country. It’s not by any means limited to divorce cases – it happens in libel cases too, for example – but England has a particularly solid reputation as ‘the divorce capital of the world’ because it is perceived as generous to the poorer spouse who is usually the wife. That’s why we get some high profile divorces involving members of foreign royal families, oligarchs, and celebrities.

In this case, the Times suggests that the Villiers case ‘highlights so-called divorce tourism and “meal ticket for life” provisions in settlements’. We don’t know why Mrs Villiers moved to England – it may have been for legal reasons or it may not.

The Court of Appeal and Supreme Court

Is Schedule 6 of the Civil Jurisdiction and Judgments (Maintenance) Regulations 2011 ultra vires section 2(2) of the European Communities Act 1972? In other words, does the fact that the Maintenance Regulation treats Scotland and England as two separate states when they are one EU member state mean that the clause is unlawful?

Do the courts of England and Wales have the power to stay [halt] an application for maintenance made under section 27 of the Matrimonial Causes Act 1973 on the grounds of forum non conveniens when divorce proceedings are taking place in Scotland? In other words, leaving aside EU law, should the English courts have declined to hear the case simply because the Scottish courts were better placed to determine the matter?

We’ll update this post when we have the outcome.