Recusal refusal: judge declines to step down in response to litigant’s suspicions of apparent bias 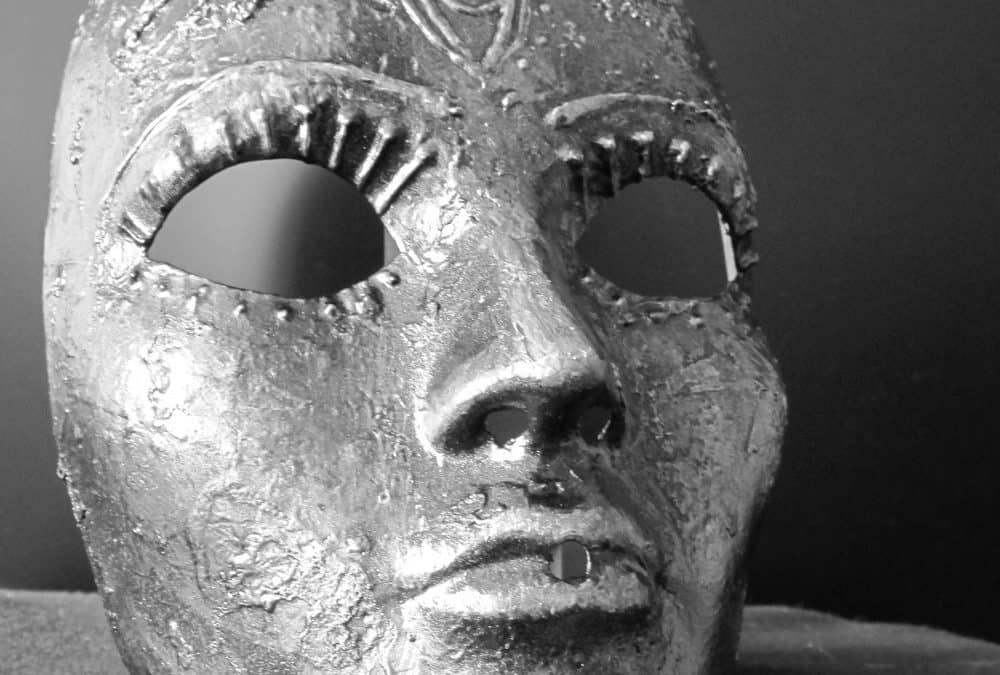 In an earlier post we described how a judge refused to allow a McKenzie Friend to speak in court on behalf of a litigant in person. In a further judgment in the same case, Ameyaw v McGoldrick [2020] EWHC 1787 (QB), Mrs Justice Steyn refused the litigant’s application that the judge should step down and pass the case to a different judge. This post looks at the reasons why a judge might be asked to recuse themselves, and why the judge in this case declined to do so.

You can read the background to the case in the earlier post here: Right of audience denied: McKenzie Friend not allowed to speak for litigant who was ‘well able to speak on her own behalf’. (Although it’s not a family case, it’s of interest because it deals with the kind of situation involving a litigant in person that often occurs in family cases.)

Following the previous judgment, the claimant applied for the judge, Mrs Justice Steyn, to recuse herself, i.e. to step down as a judge in the case. The application was decided on the papers, i.e. without a physical or remote hearing. There were two matters which the claimant said gave rise to an appearance of bias:

(1) The judge’s professional relationship with the barrister, Mr Paines, who was acting for the defendants.

(2) The way the judge had dealt with the earlier hearing on 1 July 2020 and the fact that she was now the subject of a complaint made by the claimant’s mother, who was in court, in respect of that hearing.

The judge said the claimant had a right to a fair hearing before an impartial court. “It has long been recognised that justice must not only be done, it must also be seen to be done: see R v Sussex Justices, ex parte McCarthy  [1924] 1 KB 256; [1923] EWHC KB 1.”

There is a distinction between actual bias (such as having a financial interest in a case) and apparent bias. There was no allegation of actual bias in this case.

“The court must first ascertain all the circumstances which have a bearing on the suggestion that the judge was biased. It must then ask whether those circumstances would lead a fair-minded and informed observer to conclude that there was a real possibility, or a real danger, the two being the same, that the tribunal was biased.”

The judge went on to consider a number of other cases on the issue. The key point was the public perception: what would a “fair-minded and informed observer” think about it? That meant someone who was not unduly sensitive or suspicious and approached the matter in a detached and objective way, making sure they knew all the facts before deciding.

In the present case, the matters relied on by the claimant included the fact that the judge, before she became a judge, had been in the same set of chambers as the barrister for the defendants and, as a senior member of those chambers, had mentored him. The claimant contended:

“It is submitted that the professional embarrassment here is all too plain and obvious as between Rupert Paines appearing before his mentor, Mrs Justice Steyn and Mrs Justice Steyn having to preside over matters to which one of her protégé is seeking to strike out particulars of claim in its entirety could not be too more embarrassing for the learned [judge] not to continue to wish to sit to be on the safest side on the particular circumstances of this case.”

The defendants countered that argument by submitting that

The judge set out the relevant circumstances at para 20 of her judgment:

“20. The circumstances which have a bearing on the suggestion that there is an appearance of bias by reason of my relationship with the Defendants’ Counsel, in addition to the general circumstances addressed in the authorities, are these:

(ii) For several years as a senior junior, as is commonplace at the Bar, I acted as a pupil supervisor, supervising a number of 11KBW’s pupils for periods of three months each. Each pupil would also be supervised by two other pupil supervisors during the year, as well as undertaking work for numerous other members of chambers.

(iii) I was Mr Paines’ pupil supervisor for three months in autumn 2012.

(iv) The relationship is a professional one.

(v) The judicial oath or affirmation, by which I am bound, includes a pledge to do justice without fear or favour, affection or ill-will.”

“21. In my judgment, the Claimant’s contention that there is an appearance of bias by reason of my former membership of the same chambers as the Defendant’s counsel, and the fact that he was once one of my pupils and I was one of his pupil supervisors, is ill-founded.

22. The fact of a judge having been a member of the same chambers as counsel for a party falls squarely within the examples given by the Court of Appeal in Locabail (UK) Ltd v Bayfield Properties Ltd [1999] EWCA Civ 3004; [2000] QB 451 at [25] of circumstances which do not, at any rate ordinarily, give rise to any soundly based objection. The Court of Appeal in Taylor v Lawrence  [2002] EWCA Civ 90; [2003] QB 528 also made clear that it is not only commonplace for counsel to appear before judges who were formerly members of their chambers, such professional contacts between the Bar and the Judiciary do not give rise to a real possibility of bias.”

The fact that this has come up before, and been dealt with in the cases, does suggest that the objection is not unusual. Indeed, it is perfectly understandable, particularly from a litigant in person looking at the legal system as an outsider. Elsewhere on this blog we have seen a good example of how a lay person may view the internal culture of Bench and Bar, the apparently cosy world from which non-lawyers can so easily feel excluded: see the post by Celia Kitzinger, Remote justice: a family perspective.

But as the earlier cases referred to by the judge have pointed out, the right way of looking at this is from the perspective of a fair-minded and informed observer. What an informed observer would know is that judges are often appointed from the Bar, probably the majority of them have previously had a career as barristers, and it is therefore not uncommon for them to encounter, in their court, a member of their previous chambers. Nor is it uncommon for two barristers from the same chambers to act for different parties in the same case. While they owe a duty to the court, they are fundamentally acting for their client, and doing their best for the client. Meanwhile, the judge owes a duty according to their judicial oath to try cases fairly, “without fear or favour”. The reputation of the justice system is based in large part on the independence of the judiciary and the traditions of the independent Bar. However, it is as well to be aware of how these things might look to an outsider, and that is why, as a matter of good practice, barristers or a judge will often declare a professional connection such as this before the hearing. If parties are aware of the fact at the outset, this is usually more than enough to allay any suspicions.

The claimant’s mother’s complaint arose out of the way the judge had managed the hearing after making her ruling that the claimant’s McKenzie Friend could not speak in court on the claimant’s behalf (like an advocate).

The earlier judgment records that the claimant’s behaviour then changed “suddenly and dramatically”, that she shouted and threw files onto the bench, that her mother and sister who were in court attempted to calm her, and that she then appeared to sit down under the bench. The claimant’s mother then began shouting. The judge adjourned the proceedings for a short break to allow the claimant parties to calm down and when she resumed the hearing she was told that an ambulance had been called and having made inquiries sent an email expressing her concern and inquiring as to her fitness to return to court later.

The claimant’s allegation of apparent bias based on this aspect of the case boiled down, the judge said, to “(i) Her belief that I saw her collapse in court and was unconcerned for her welfare; and (ii) The fact that the claimant’s mother has [subsequently] made a complaint [of professional misconduct].”

The judge’s answer to this is, first, that  “It is not clear to me that the criticism is truly one of bias, rather than of callousness” and, secondly, that “a fair-minded and informed observer would consider that a reasonable alternative explanation for the fact that I said nothing about the claimant’s collapse before I left court is that I was not aware she had collapsed.”

“Nor does the fact that the Claimant’s mother has made complaints give rise to an appearance of bias. It is not hard to understand why a mother who believes (even if mistakenly) that a judge has not cared that her daughter collapsed in court would be distressed and might wish to complain.”

In short (at para 35): “It is clear that the mere fact that criticisms have been levelled at a judge – or complaints made – does not in and of itself give rise an appearance of bias.”

The only thing one might say about this aspect of the case is that it seems a much weaker basis for an allegation of apparent bias, even as a makeweight, unless it could be shown that the judge had consistently demonstrated some kind of “animus” or hostility against the claimant. That would require evidence of the judge’s conduct and, on that basis, would really be an allegation of actual bias, or, perhaps more appropriately, judicial misconduct. Since a complaint of misconduct has been made (it is not quite clear to whom, but the appropriate body is the Judicial Conduct Investigations Office), to make it the subject of an allegation of apparent bias as well seems to be a form of double counting.

This is an unfortunate case in which, for various reasons, the claimant appears to feel the system is loaded against her. The case itself seems to have grown out of an earlier employment dispute. It is a common mistake for litigants in person to focus on grievance, rather than looking at what practical remedy they can realistically expect the court to deliver and work towards achieving it. The judge may appear to be a personification of the perceived failings of the system, and her replacement with a different judge a tempting solution, but ultimately this approach is misconceived.

Featured image: Mask by Sybil Liberty on Flickr, reproduced with thanks.