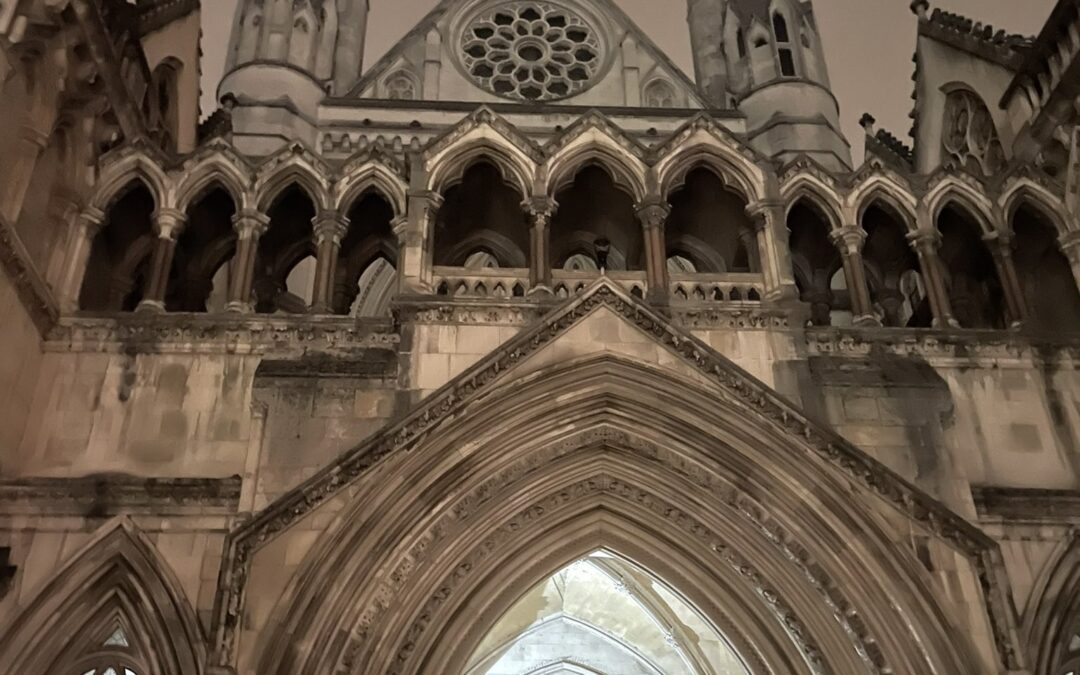 This is a guest post by Georgia Fineberg. Georgia is an aspiring barrister who has worked for eight years in the women’s voluntary sector, primarily supporting survivors of domestic abuse and the LGBTQI+ community. She tweets as @FinebergGeorgia

What Is Forced Marriage?

In short, forced marriage is a marriage (legal, civil, or religious) conducted without the consent of either or both of the parties, whether performed within the UK or overseas.

Forcing a person to marry is a criminal offence in England, Wales and Scotland under s.121 of the Anti-social behaviour, Crime and Policing Act 2014, and in Northern Ireland under separate legislation. However, the most recent data provided in the Crown Prosecution Service Violence Against Women and Girls Report reveals that in 2018-2019 only four people were charged with the offence of forcing a person to marry, of which three were successfully prosecuted.

The Forced Marriage Unit (FMU), jointly operated by the Home Office and the Foreign and Commonwealth Office, which supports those at risk of forced marriage and publishes statistics, reported 1,764 cases of potential forced force marriage in 2018. 72% of cases concerned subjects aged 17 years or under. Of 74 countries represented in its statistics, the FMU reported that 44% of its cases involved individuals of Pakistani heritage.

While forced marriage legislation has not led to a flurry of activity in the criminal courts, there has been more movement in the family courts. This is because, in 2008, the civil remedy of Forced Marriage Protection Orders (FMPOs) were introduced under Part 4A of the Family Law Act 1996. S.63B gives the court scope to adopt various measures in granting an FMPO. Common remedies include (but are not limited to):

Importantly, FMPOs can be applied for by a person seeking protection for themselves or an “interested party”. As highlighted in Re K (Forced Marriage: Passport Order) [2020] EWCA Civ 190 by Sir Andrew McFarlane, local authorities frequently make applications. Other interested parties such as relatives may also apply. Following Re K, it is clear that even if the subject of the order objects, it will not prevent the making of the order or the enforcement of its terms if it is considered necessary to prevent forced marriage.

FMPO applications are commonly made without notice to ensure protection is provided swiftly. Notwithstanding that an order will only be made where the risk of forced marriage has been made out, the court places a certain level of trust in the “well-meaning” organisations or individuals applying for an order to protect a vulnerable person.

How, then, does the court manage the statistical realities concerning those most at risk, when there are bad-faith actors who knowingly take advantage of this mechanism to control and abuse the very same people the legislation is intended to protect?

Her Honour Judge O’Neill was tasked with analysing over 1,000 pages of evidence in determining three applications. The first was an application of the aunt for an FMPO against her sister-in-law (the mother) to protect her three nieces, DK, EK and FK. The aunt also sought a non-molestation order against her. The mother made a cross-application for a non-molestation order against the aunt.

The aunt, a UK citizen, fluent in English, highly articulate, an elected official and a businesswoman, allegedly feared her sister-in-law, who she described as jealous and controlling. In total, she made ten allegations against her.

There is an extensive and complex history of litigious activity on the aunt’s part, which is too lengthy to set out in full. In summary, often with the support of her brother, the aunt made multiple without notice applications for non-molestation orders and FMPOs against her sister-in-law which were not contested. She contacted the social services and domestic abuse support teams, alleging that her sister-in-law abused her children. She also reported to the police that she (the mother) was involved in child sexual exploitation, smuggling children and organised crime, including drugs and firearms. Consequently, the mother and her children had, for ten years, been subjected to interference from social services, had their home raided by the police and had their passports held by a solicitor’s firm. Throughout the hearing, the aunt maintained that she was a genuine victim, was in fear of her sister-in-law, that all applications made were necessary, and that all allegations were true.

The Mother And Her Daughters DK, EK and FK

The mother had been brought to the UK as a young bride. Over ten years, she had five children. She spoke limited English and was never allowed or supported to apply for indefinite leave to remain. She was not given a National Insurance number and had no money of her own. She experienced domestic abuse from her husband (the aunt’s brother) and had fled with her children to refuges three times. She made seven allegations against the aunt, the most important of which was that the aunt had issued proceedings against her for FMPOs in respect of her daughters to control her, not because she was concerned about her nieces. She said the aunt had bullied, harassed and intimidated her since her marriage-destroying her family life. Her daughters vehemently objected to the orders, maintaining they were not at risk of forced marriage.

What Was The Outcome?

The Judge rejected all of the aunt’s allegations and concluded that she, often in collusion with her brother, had actively abused the court process, using it to launch unmeritorious applications to coerce and control the mother and her daughters.

The Judge accepted the mother’s case in its entirety, recognising her as a survivor of domestic abuse and coercive controlling behaviour. Furthermore, the Judge found that the aunt posed a continued risk to the mother and daughters and took the rare step of making indefinite non-molestation orders for their protection. The Judge found the mother had not contested the applications when they were made because of her lack of understanding of the system and her general state of vulnerability.

The case concerned applications made under the Family Law Act 1996. Therefore, the Judge did not have available the remedy of a Children Act 1989 section 91(14) order or so-called “barring order,” which would have prevented the aunt from making further applications to the court without first obtaining its permission to do so. Therefore, the Judge suggested a slightly more mechanical remedy: any future applications made by the aunt should be reserved for her in the first instance. In recognising that there are limited available measures to protect those at risk of false allegations, the Judge invited creativity and conceded that she could not prevent the aunt from reporting to the police in the future.

What Was Striking About The Case?

The commentary provided by Her hon Judge O’Neill throughout the judgment pinpointed the moments where the legal system, designed to protect the mother and her daughters, had been used against them.

This was not a borderline case, where the allegations were decided on a knife-edge. Not one of the aunt’s allegations held up under the slightest scrutiny, making the experiences of the mother and her daughters all the more sobering.

It was not only the fact that the aunt, an articulate English-speaking UK citizen, wielded power over the mother and her daughters but she was enabled to do so by the family courts predominantly because of their heritage. Judge O’Neill put it plainly. “It is tragic that the very fact of being of Pakistani heritage has been used by their own family to abuse these young women.” This is a clear-cut case of abuse of the court’s process, although how a judge dealing with the single uncontested application before them is meant to differentiate between a genuine application and a malicious work of fiction remains unclear.