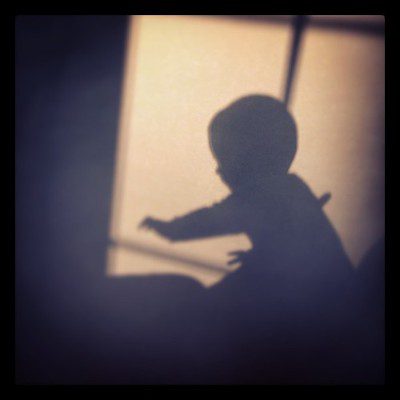 This was the issue in the landmark human rights case, Re S [2004] UKHL 47, in which Lord Steyn formulated the test in balancing privacy interests under Article 8 of the European Convention on Human Rights with freedom of expression interests under Article 10. Lord Steyn’s formula is relied on (or should be) every time the media argue that it’s in the public interest to breach someone’s Article 8 rights. Likewise, every time an individual argues their privacy rights outweigh freedom of expression, we go to Re S.

In Re S, adults trying to protect an eight-year-old boy from the effects of publicity argued that the media should be restricted from naming or showing pictures of the mother who was standing trial following S’s older brother’s death. They argued that identifying Mrs S would inevitably lead to harm to the surviving sibling being identified, even if he wasn’t mentioned in media coverage.

Lord Steyn’s test calls for ‘an intense focus’ on the interests of each side in the specific case. In Re S, he concluded that Art 10 weighed more in the balance that Art 8. The media had already agreed that only Mrs S and the deceased child would be subject to reporting on her trial; the younger child would not be mentioned. Lord Steyn (an escapee from apartheid South Africa) was a great supporter of press freedom, and made some interesting observations on the chilling effect of injunctions at the time.

The circumstances, facts and Art 8/Art 10 claims in Re S were very unusual. Therefore when Lord Steyn’s test is applied, it can lead to different results, as recently in Griffiths v Tickle, for example.

A recent judgment, given at the end of January,  Re B, R & G (a Child) [2022] EWHC 320 (Fam), has similar facts to Re S. This blog post will look at how the balancing test is being applied in a similar case, some 20 years after it was established.

The local authority with care for G was applying for reporting restrictions which were opposed by the BBC; the Times; ITN; Associated Newspapers (the Mail) and PA Media Ltd (formerly Press Association). Clearly, this is seen as a big story.

The High Court judge, Mrs Justice Judd, relates that G is very young and that last year, she made a fact-finding judgment regarding the death of E, G’s sibling (which does not appear to be on BAILII). G and E’s parents were subsequently charged with E’s murder.  In the Crown Court, the judge had made a wide restrictions order to prevent G being identified. Just as in Re S, a Crown Court judge has no power under legislation to do that, because G was not ‘concerned’ in the criminal proceedings as a child victim, witness or defendant (section 45 Youth Justice and Criminal Evidence Act 1999). In Re S, the child was safely with his father, but in Re B, R and G, the child is currently placed with local authority foster carers. Of course, G is an indirect victim of all this, but she is not a victim of the crime being prosecuted.

The judgment refers to ‘protection’ under section 48 Children and Young Persons Act 1933 but, as that section is about Youth Courts, I think this must have been a reference to s 44, that a criminal court will always have regard to a child’s welfare.

This application was supported by the child’s family and by the Cafcass guardian.

Judd J is succinct in her summary of Re S, as follows:

14. At paragraph 17 of Re S, Lord Steyn set out the approach to cases such as this which concern the interplay between articles 8 and 10 …

“First, neither article, has, as such precedence over the other. Secondly, where the values under the two articles are in conflict, an intense focus on the comparative importance of the specific rights being claimed in the individual case is necessary. Thirdly, the justifications for interfering with or restricting each right must be taken into account. Finally, the proportionality test must be applied to each”.

15. At paragraph18, Lord Steyn set out the general or ordinary rule;

“that the press, as the watchdog of the public, may report everything that takes place in a criminal court. I would add that in European jurisprudence and in domestic practice, this is a strong rule. It can only be displaced by unusual or exceptional circumstances. It is, however, not a mechanical rule. The duty of the court is to examine with care each application for a departure from the rule by reason of rights under article 8”.

16. Further, at paragraph 32, he pointed out that an inability to reveal the identity of a defendant at a criminal trial would, from a newspaper’s point of view mean the trial was disembodied, meaning they would be less likely to give prominence to reporting it, and that informed debate about criminal justice would suffer.

In other words, it’s essential that we have access to, and can scrutinise, criminal trials.

Judd J said that this is one of a number of similar cases which come before the criminal and family courts every year. G is still very young and immediate publicity on the trial is not likely to have a direct impact upon her for the time being. Her surname is not particularly distinctive or unusual; she is in the care of the local authority and with foster parents, rather than members of the family, and in a culturally diverse locality where she does not stand out in the community.

The current placement is not intended to be permanent and Judd J will be making a decision about her long term future within the next few months.

Looking at the long term effect upon G, the judge said that she will at some point have to find out what has happened and there is a danger of her coming across material more easily if her family name is online, ‘but it will be necessary for anyone who is caring for her to be alert to the use of the internet when she is of a tender age’ [para 19]. Life story work will have to prepare her for the time when she is able to look for published material by herself.

‘It is simply not possible to shield G completely from the distress and harm that is likely to arise as she becomes able to understand what happened to her.’ [para 20]

Judd J says that the local authority did not provide any specific evidence that it would be more difficult to find prospective adopters for G if there is no strict reporting restrictions order and that many, if not most, adopted children have suffered trauma and abuse.

The judge notes that the local authority barrister had cited two cases where an order was made that a parent would not be named, but that these were very different facts, with older children, and obvious adverse impact on their welfare and safety.

24. Balancing the competing rights under Articles 8 and 10, I have come to the clear conclusion that I must refuse the application to prohibit reporting of  the names of either of the defendants or of the deceased in the criminal proceedings. The name of a child who has allegedly been killed is an important part of any report in the media, as are the names of the defendants. Without any of those names, I agree with Mr. Bunting [barrister for the media] that the trial would become ‘disembodied’.  An order prohibiting the identification of any of them would have a profound effect upon open justice in what is a significant trial and create a precedent for other cases like it…

25. The effect, on the other hand, upon G of the reporting of the names as against the reporting of the trial without names, is not so obviously stark as to justify the proposed erosion of freedom of speech under Article 10. There is no evidence that she is likely to be affected any more than other children who very sadly have to live with the consequences of the actions of their parents. As Sir Igor Judge stated In re Trinity Mirror PLC and others (A intervening) [2008] EWCA Crim 50; [2008] QB 770, at paragraph 33

26. In all the circumstances I refuse the application and accede to the submission that the order I made on 24th January should be discharged, and a new order made with the edits suggested by Mr. Bunting. In so doing I acknowledge that this amounts to an interference with G’s article 8 rights, but for the reasons I have set out have concluded that this is necessary and proportionate for the protection of the rights of others.

She adds that, should circumstances change by the date of the welfare hearing, the parties may ask for the restrictions to be varied.

As far as I’m aware, there has been no reporting yet by the BBC etc on this case. As things stand, it appears that there will be some reporting in due course about the parents’ trial but G won’t be directly named or pictured. It isn’t explicit in the judgment why G herself will be protected but I assume it is because there are ongoing care proceedings. The judge concluded that this will not lead to G being identified in her current placement. In my view, it may well be harder to find adopters for G if this case attracts a lot of publicity, but the local authority didn’t present any evidence to that effect. This is a good reminder that the court requires evidence of actual likelihood of impact on the child, rather than vague assertions.

It isn’t difficult to find some media coverage still online about S’s mother, because of the unusual aspects of the criminal case. Mrs S was found guilty of manslaughter and sentenced to 5 years in prison. She is named and pictured. S (who would now be aged about 25) and his father are not mentioned.

Image: Creative Commons on flickr with thanks to 3rd Party.