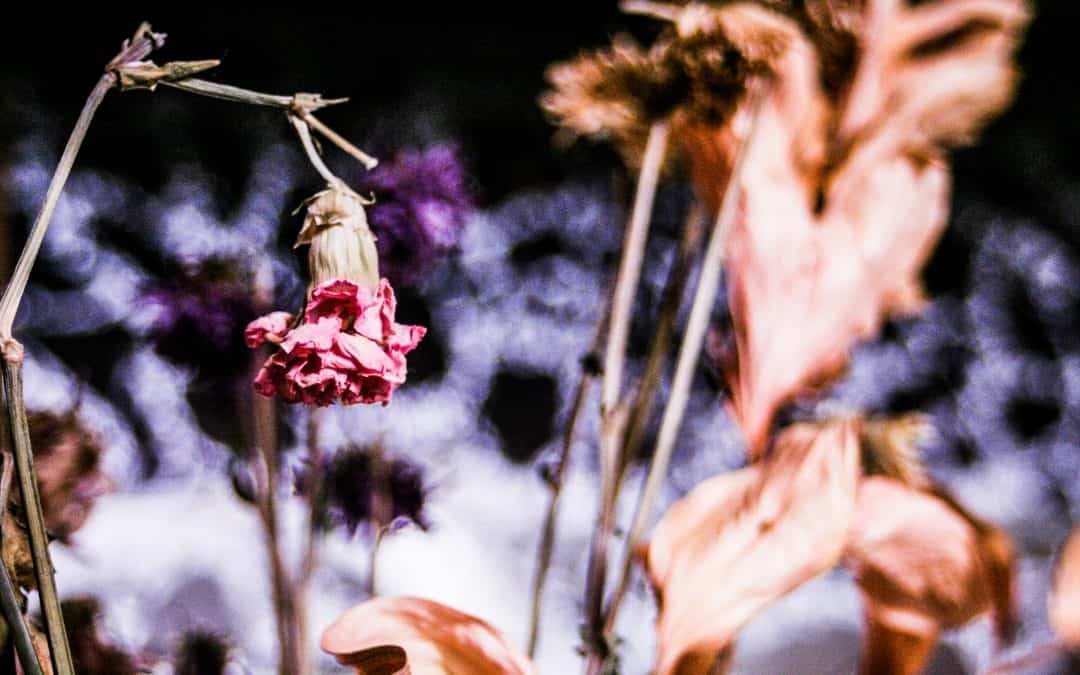 Owens v Owens is a Supreme Court decision about divorce, specifically about the level of behaviour needed to obtain a divorce on the basis of a spouse’s behaviour. Although we commonly refer to this as ‘unreasonable behaviour’, the proper wording says:

‘That the respondent has behaved in such a way that the petitioner cannot reasonably be expected to live with the respondent’: s 1(2)(b) Matrimonial Causes Act 1973; s 44(5)(a) Civil Partnership Act 2004.

In order to obtain a divorce on the basis of a spouse’s behaviour, the petitioner – the person seeking the divorce – must show

The ‘unreasonableness’ relates to whether the petitioner should have to live with the respondent given the way the respondent is behaving, and does not describe the behaviour itself. In most cases, this behaviour will in fact be bad, but it could be behaviour that is entirely out of the control of the respondent and for which he or she cannot be blamed at all, such as behaviour caused by a mental or physical illness.

It’s important to understand that even if the petitioner thinks the marriage has irretrievably broken down, and even if both parties agree the marriage has broken down, the court still has to decide that it has. The test to be applied, from a case called Livingstone-Stallard v Livingstone-Stallard [1974] Fam 47, is ‘would any right-thinking person come to the conclusion that this husband has behaved in such a way that this wife cannot reasonably be expected to live with him, taking into account the whole of the circumstances and the characters and personalities of the parties?’ There is therefore an objective element (‘would any right-thinking person’) and a subjective element that enables the court to consider the cumulative effect on the petitioner (‘this wife’; or, as in our scenario, ‘this husband’).  It is therefore important in the petition to spell out the effect of the alleged behaviour on the petitioner.

However, the leading cases on behaviour tend to be decades old and indicate a somewhat harsh approach to whether it would be unreasonable to expect them to continue to live together. In Buchler [1947] P 25, for example, the court said that the behaviour ‘must exceed in gravity such behaviour, vexatious and trying though it may be, as every spouse bargains to endure when accepting the other “for better, for worse”. The ordinary wear and tear of conjugal life does not in itself suffice.’ In Ash v Ash [1972] Fam 135, Bagnall J thought that ‘a violent petitioner can reasonably be expected to live with a violent respondent; a petitioner who is addicted to drink can reasonably be expected to live with a respondent who is similarly addicted … if each is equally bad, at any rate in similar respects, each can reasonably be expected to live with the other.’

Over time, this approach has become more lenient but this is largely because most cases are not defended and it has become best practice to include only the minimum level of details in the petition so as not to make a bad situation worse. Defended cases are few and far between, so practitioners’ concentration has not been on whether these cases still represent the law.

When Mrs Owens filed her divorce petition, she therefore included relatively mild details about why she wanted the divorce.

Here is what her petition said about her husband’s behaviour:

These details are a similar to many behaviour petitions filed each day. This is all very well if the petition is not defended, because where both parties want a divorce the court will usually give it very little scrutiny (research says courts look at the divorce documentation for an average of 4 minutes per case).

The reason that we know about the Owens particulars is because their divorce was defended and therefore the case was fought in open court and not (as is the case in undefended divorces, just on paper). Mr Owens denied both that the relationship had broken down and that he had behaved in such a way that Mrs Owens should not reasonably be expected to live with him. Notwithstanding that Mrs Owens had amended the particulars stated above to include 27 allegations in the same vein, the judge at first instance, His Honour Judge Tolson, held that her petition was ‘flimsy’ and that it could not be held that it was unreasonable for her to continue to live with the husband even though the marriage was – whatever the husband thought – irretrievably broken down.

The Court of Appeal

‘With no enthusiasm whatsoever’, the Court of Appeal  [2017] EWCA Civ 182 upheld the decision, noting that

‘Parliament has decreed that it is not a ground for divorce that you find yourself in a wretchedly unhappy marriage, though some people may say it should be. Such is the law which it is our duty to apply.’

Mrs Owens appealed to the Supreme Court. Their decision [2018] UKSC 41 records that

‘Her principal ground of appeal had been that the subsection should now be interpreted as requiring not that the behaviour of Mr Owens had been such that she could not reasonably be expected to live with him but that the effect of it on her had been of that character’.

In other words, that the emphasis should be on the subjective element of the test. The Supreme Court rejected this, holding that

Lord Wilson notes that our conceptions of what might justify a divorce have changed over time, and refers to Ash v Ash’s approach as ‘comical’.

So far, this is looking good for Mrs Owens. But unfortunately that’s the best it gets for her. There is no evidence that the judge understood the law wrongly, and to succeed on an appeal you have to show this. The Court of Appeal ‘who have unrivalled authority in this sphere’ didn’t think he had. The Supreme Court didn’t think he had.

The judge did look at the behaviour, and did look at the effect on Mrs Owens, and did assess whether it was unreasonable to expect Mrs Owens to continue to live with Mr Owens. He therefore applied the right legal test.

However, Lord Wilson does express reservations about the way in which a pattern of what he termed ‘authoritarian’ behaviour on the part of Mr Owens had been reduced to ‘only a few individual incidents’ which, coupled with an agreement that third party witnesses to the allegations would not testify therefore reduced the judge’s impression of the impact upon her:

‘There is no denying that the appeal of Mrs Owens generates uneasy feelings: an uneasy feeling that the procedure now conventionally adopted for the almost summary despatch of a defended suit for divorce was inapt for a case which was said to depend on a remorseless course of authoritarian conduct and which was acknowledged to appear unconvincing if analysed only in terms of a few individual incidents; an uneasy feeling about the judge’s finding that the three incidents which he analysed were isolated in circumstances in which he had not received oral evidence of so many other pleaded incidents; and an uneasy feeling about his finding that Mrs Owens had significantly exaggerated her entire case in circumstances in which Mr Owens had not disputed much of what she said.

But uneasy feelings are of no consequence in this court, nor indeed in any other appellate court.’

That’s the majority view, held by Lord Wilson, Lord Hodge, and Lady Black. Lord Mance agrees with them, except that he takes a slightly different interpretation of a few things said by the judge at first instance.

However, there is a dissent from Lady Hale. I read some interesting research recently that Lady Hale seeks consensus, so although she has some notable dissents (e.g. Radmacher) she’s usually in the majority:

She would have sent the case back for rehearing. However, in the end she is persuaded that the prospect of a further contested hearing would be horrible for the parties (even Mrs Owens says this) and suggests that Mrs Owens waits until 2020 to divorce on the basis that the parties have been separated for 5 years, a fact that doesn’t require Mr Owen’s consent and is hard to deny.

Of course, her view is not the majority so she alone could not direct a rehearing but nevertheless, I have to say that her characterisation of the correct outcome being a rehearing, and then refusing either a rehearing is very strange even if the overriding objective of courts is to deal with cases expeditiously, but that is a subset of dealing with cases fairly, and it seems somewhat more just to help release the ties that bind.

The Court does not have the power to change the law itself. It cannot say that we should abolish all fault-based grounds of divorce and get divorced just because we want to. However, it can indicate how we should interpret what level of behaviour judges should treat as making it unreasonable to live with the respondent.

The Supreme Court judges were concerned that an agreement to concentrate at the first hearing on only a few of the allegations minimised the judge’s appreciation of the cumulative effect of the alleged behaviour on Mrs Owens over the decades of her marriage. One wonders whether a different first instance approach to case management would have changed the outcome.

However, despite this there is no evidence that the judge understood the law wrongly, and to succeed on an appeal you have to show this. The judge did look at the behaviour, and did look at the effect on Mrs Owens, and did assess whether it was unreasonable to expect Mrs Owens to continue to live with Mr Owens. He therefore applied the right legal test.

The decision is based upon a lack of evidence that the judge applied the law wrongly, despite some concerning phrases by him. Lady Hale is more forthright about these errors and would have had a rehearing. Practitioners may well be sympathetic to her view of the case.

So, where now for divorce petitions?

Owens is a cautionary tale that reminds us that the law does not necessarily accord with current views about exiting marriage and that there is a conflict between trying to make the process as painless as possible and having a sufficiently strong petition.

However, it would be a disproportionate response to bolster petitions: the harm of doing so in the form of raised acrimony is surely much more likely to occur as a result than disincentivising a defence that is unlikely anyway. Defended divorces, although commonly threatened, are very, very rare. (Of course, this itself causes unfairness to a respondent who feels wronged but has a snowball’s in hell chance of succeeding or of having the money to defend: Mr Owens is the only successful defence in recent years). Nor are they likely to become more successful after Owens, given that the judgment sounds cautionary notes to judges about legal interpretation and makes it clear that behaviour that would not justify a divorce decades ago will now do so.  The only change I recommend as a result of this decision is to ensure that you have your ducks in a row for any first hearing because of the limited likelihood of success at showing the first instance judge was wrong on appeal. Otherwise, carry on as you were.

Featured image: wilted and brittle by A, via Flickr creative commons, reproduced with thanks.