Our comments on the proposed new CAFCASS Operating Framework 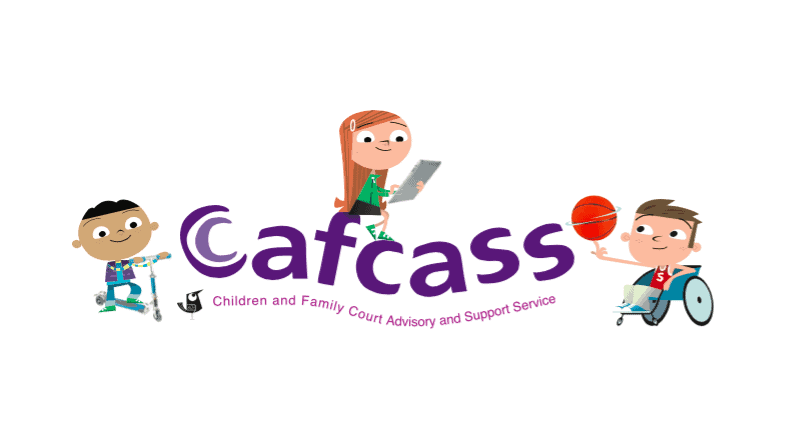 The response below was sent to CAFCASS today.

This is a response to the invitation by Cafcass to comment upon the draft Operating Framework issued here in July : https://www.cafcass.gov.uk/news/2017/july/updating-the-cafcass-operating-framework.aspx.

The remit of the Transparency Project

The Transparency Project (www.transparencyproject.org.uk) is a registered charity. We explain and discuss family law and family courts in England & Wales, and signpost to useful resources to help people understand the system and the law better. We work towards improving the quality, range and accessibility of information available to the public both in the press and elsewhere. We comment on that basis.

1.1       We welcome the decision by Cafcass to publish and invite comments on their revised Operating Framework from the public and ‘stakeholders’ as well as internally.

1.2       The transparency of the ‘comment’ / consultation process, could be enhanced further by:

Para 1.7 – The Framework links readers to relevant policies and other sources of information through hyperlinks within the text. It acts as guidance to Cafcass staff and as information for users of our service and to others with an interest in our work [our emphasis]

(a)       We welcome the continuing and now expanded Cafcass guidance on recording and will update our practice guidance Parents recording social workers – A guidance note for parents and professionals, to link to the revised Operating Framework

(b)      The change of emphasis, from covert recording to simply recording (lawful whether or not notified in advance), and away from assumption that such recordings will be unusual, is helpful.

(c)       The reminder at para 2.35 Framework, that it is almost always likely to be wrong for a recording device to be placed on a child for the purpose of gathering evidence in family proceedings, whether or not the child is aware of its presence (illustrated in Peter Jackson J’s judgment from M v F (2016) EWFC 29) is also helpful.

(Though this is also an example of a useful reference within the Framework being provided without a link to the judgment. We would suggest that inclusion of a link or citation would be good practice and would further aid public understanding and assist practitioners.)

(d)      It is unhelpful for the Framework to link to internal pages that the public and stakeholders cannot access, particularly in this example :

Legal guidance on responding to requests from service users to tape record interviews and covert recording guidance can be found on the legal team intranet page here.  (Para 2.36)

This begs the question as to what that legal guidance is. If there is guidance of general application made available to practitioners it would be possible – and helpful – for it to be published and linked to, or contained within the framework document.

Linking to private internal intranet pages is particularly unhelpful on a topic of such importance to the public and families as Cafcass’ own guidance on recording by families.  In this instance it risks damaging public trust by giving the impression to the public and stakeholders that Cafcass may have public-facing guidance in the Framework on recording while operating some form of other ‘private’ guidance internally.

This is particularly unfortunate given that Cafcass has to date stood out in promoting an open, confident, policy on an issue that understandably causes anxiety for some professionals and families alike. And given that there is apparently a continuing commitment to this approach carried over from the old Framework to the new one:

We should have nothing to fear from covert recording. Our attitude should be, “I am doing my job and I have nothing to hide. I can explain why I said what I said or why I did what I did”. This is within the spirit of transparency in the family courts. We should always be transparent in our work, to meet contemporary expectations, including being able to defend whatever we say or write in a court under cross-examination, because we are working to a professional standard on behalf of a child. In this sense, we should expect that everything we say or write could become public knowledge). (Para 2.27 Revised Framework)

(e)       Our guidance note : Parents recording social workers – A guidance note for parents and professionals was designed to assist both parents and practitioners to think through and discuss collaboratively the issues around recordings, and to find solutions through constructive communication. We would invite Cafcass to consider referring to that document as a tool to assist practitioners with such discussions should the issue arise.

The revised Framework makes several references to the joint Cafcass / ADCS Agreement on Local Authorities and Cafcass working together in care and pre-proceedings in England (February 2017) (‘The Joint Guidance’):

The guardian should check that any viability assessments have been undertaken or are planned in line with the joint ADCS and Cafcass guidance within the SWET (4.13) and

The ADCS/Cafcass guidance is a useful framework for reference (4.20)

It was our understanding that this has been withdrawn. On 15th June 2017 Anthony Douglas said at the Cafcass Open Boarding Meeting that Cafcass were likely to withdraw this. NAGALRO’s published statement of a letter from Cafcass confirming the withdrawal also followed.

Assuming these public announcements were correct this aspect of the Framework as drafted is contradictory and confusing.

2.3      Informing young people about media attendance and the publication of family court judgments and taking instructions

Section 10 of the Framework – Evidence informed and knowledge based practice, sets out this vision for outstanding practice:

One of the key child impacts emphasized and measured under the new Framework includes empowerment of young people.

We note from the research published by Cardiff University in March 2017 that Cafcass has no policy on how children are informed about the possible publication of judgments about them on BAILII or details that may emerge in the mainstream media. We also note from that report that the Young People’s Family Justice Board expressed strong views about the President’s transparency guidance.

We suggest the development of policy, tools, resources and guidance to assist practitioners with the highly skilled but necessary task of deciding whether and when to inform vulnerable young people and take their instructions or views about:

The Transparency Project has published a Guide for Families about the publication of family court judgments that may be a useful starting point for discussions or complementary resource.

Mistrust polarized around gender, including the view that men are discriminated against by Cafcass and the Family Court system, and (contradictorily) that father’s rights to contact are prioritized over the safety and welfare of women and children, seems prevalent on social media and generally.

Regardless of the merits or otherwise of such claims and counter claims, it might be useful if Cafcass took pro active steps to avoid reinforcing such complaints and perceptions by committing to engagement, research, development of guidance and tools and to training of value for children on topics that men and men’s groups feel particularly strongly about, as well as recent important work on domestic abuse of particular concern to Womens’ groups.

15.27 Transparency matters in Cafcass. This includes shining a light on the situations children find themselves in through no fault of their own. Abuse and neglect of children mostly takes place behind closed doors and is inaccessible. Cafcass believes in fighting for transparency for children in this sense.

15.28 We are a publicly accountable organisation and as such we are transparent about what we do. We are open with individuals about their own personal information held by Cafcass, which is available via subject access requests. We are also open with members of the public about organisational information, which is available via our Freedom of Information publication scheme or may be disclosed in response to a request for information.

We welcome what Cafcass say about transparency at 15.27-8, but note that it represents a narrow view of transparency and sets out only the statutory obligations of Cafcass. We have made some suggestions above as to how to achieve a deeper level of transparency in order to enhance the confidence of service users and the public.

We will publish this response on our website. We will be happy to publish any other responses that other organisations wish to send to us in the event that they are not published by Cafcass.