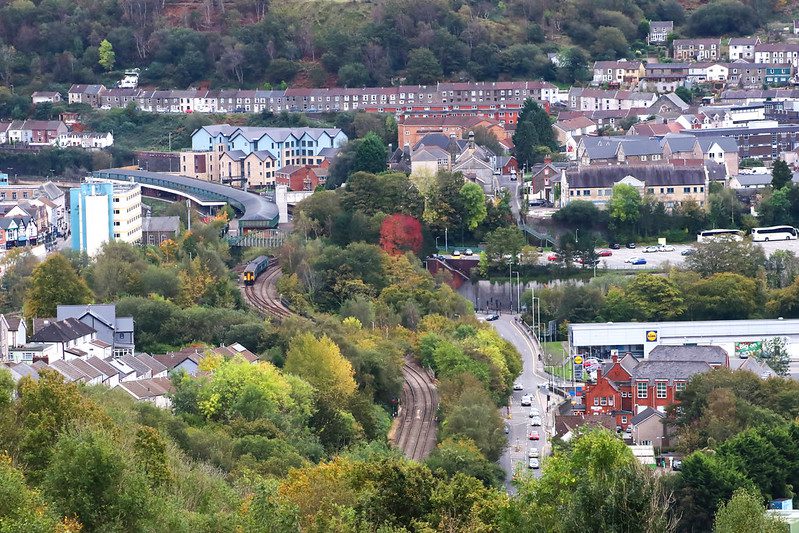 This judgment, Re R-E (Contact: Support from local authorities in Wales) [2021] EWFC B95 from Pontypridd Family Court, published on BAILII a few days ago, has a number of unusual features. One is the outcome, that direct contact was found not to be in the child’s welfare for the time being, although the findings of fact against the father were not in themselves a barrier. Second, the judge applied the provisions of Welsh legislation on local authority duties in a case about a private law contact dispute. Third, a family assistance order was made – this is very rare in England in these days of Cafcass resource constraints, alhough perhaps less rare in Wales, with Cafcass Cymru. It must be admitted, however, that these observations are limited by a lack of data, as publication on BAILII from Wales is also most unusual, so there is little public knowledge about other cases.

The judge, Recorder Neil Owen-Casey, sets out the circumstances of the case and what has been agreed by the parties: the mother; the father who has parental responsibility; and the child (through her court-appointed Cafcass guardian under Rule 16.4, as the child herself is only four years old). R-E has complex emotional and developmental needs; developmental delay that affects her hearing, speech, language and social skills. She lives with her mother and two older half-siblings. Her father applied for a child arrangements order in December 2019, for regular contact and full involvement in decison making about R-E. Findings of fact were made in October 2020 and there had been subsequent expert witness reports from a psychologist and a community paediatrician. The findings of fact are detailed but, in a nutshell, they were that the father had behaved angrily and aggressively, and that the mother had exaggerated accounts of some of that behaviour and wanted to exclude the father from the child’s life.

The issues before the court were:

1.Could the father meet the child’s needs in supervised direct contact;

2. Should there be a gradual progression to such supervised direct contact and how could this be achieved;

3. If not, is it too early to make such an order at this stage;

4. To what extent should indirect contact continue and how; and

5. What steps would need to be taken to progress to direct contact if it could not be ordered at this stage

However, by the date of this hearing, 21 October 2021 (a year after the fact finding), a consensus had been reached by all the parties. As the judge noted:

This is a complex case that has been resolved through co-operation rather than a continuation of conflict. That must continue if there is to be any hope of progress in the future. [para 68]

The orders made were a child arrangements order for indrect contact, supported by a family assistance order with the appointment of the Cafcass guardian (who knows the family well) to report back to the judge by August 2022 as to whether the orders should be varied. The judge recognised that this was a disappointing outcome for the father, but explained the reasons at length.

The father had argued that if direct contact had to be supervised, this could be facilitated by the local authority. However, the guardian’s report said that there was no local authority ‘intervention’ because there were no concerns about the mother’s parenting, The family did not meet children’s services criteria for intervention as there were  no outstanding needs nor any child protection concerns. The judge said that he accepted the latter (presumably child protection), but not the former (needs). The guardian also said that a ‘family health adviser’ may be able to provide support and to ensure that R-E’s care package was meeting her needs but there was a waiting list for this service. ‘Regardless, the local authority through its disability advisor has informed the Guardian that it would not facilitate or observe contact between R-E and her father.’ [para  32]

Later in his judgment, the judge elaborated on his view on Welsh legislation applying in this situation:

49. …….. as this is a case that concerns a family who reside in Wales, the relevant provisions of the Social Services and Well-being (Wales) Act 2014 also apply. Under Part 3 (sections 21 and 24) of the 2014 Act there are provisions for assessing the needs of individuals if it appears that care and support in addition to that provided by the child’s family is required. This includes children and those that care for them including a parent. Part 4 of the 2014 Act (sections 37 and 40) contains a duty to meet the assessed needs of a child and/or carer. It is a wide-ranging duty and allows support to be given in a variety of forms. The outcome of such an assessment is that a Care and Support Plan can be put in place (CASP) and can work in conjunction, and therefore in combination, with other support or services being provided by specific teams in a local authority.

58.I said earlier that the mother is not able to meet the discrete emotional need of promoting and indeed facilitating a contact relationship with the father. Even if the mother puts aside her own difficulties, there are still the more practical problems of how contact can take place and what is required to make it successful. I do not agree that the mother is meeting all the parenting needs because clearly this discrete need is not being met. That should not be seen as a criticism but as a significant gap that most, if not all, parents would struggle to bridge in the circumstances. Unless this can be seen though the individual needs of the child, I do not see how this can be resolved. This is very much within the remit of a local authority, and I am supported in that view by the relevant provisions of the Social Services and Well-being (Wales) Act 2014.

59.R-E is a Welsh child who is entitled by statute to have her well-being promoted. Section 2(3) in the 2014 Act is clear that ‘well-being’ includes ‘welfare’, the latter being as interpreted for the purposes of the Children Act 1989. R-E is a disabled child with challenges that prevent a standard contact approach and package being put in place. A view from a local authority that it will not facilitate or observe contact between father and child is simply too narrow a perspective and is not in-keeping with the spirit – let alone the provisions – of the 2014 Act. I remind the relevant local authority that as a Welsh local authority, it is bound by the provisions of the 2014 Act, which is itself underpinned by the United Nations Convention on the Rights of the Child that was ratified in Wales in 2011. That is how legislation is now formulated in Wales. The United Nations Convention on the Rights of Persons with Disabilities is also relevant and was ratified by the United Kingdom in 2009 with the purpose of protecting and promoting the human rights of disabled people. There is now a commitment for the latter Convention to be incorporated into Welsh domestic Law and it is not restricted based on age. It is perhaps beyond comprehension to believe that it is not possible to readily assist a disabled child in Wales in 2021 in being able to communicate with all facets of their individual world, including their family. For a local authority to view this as a request for, or to observe, contact simply misses the point in my judgment. [my emphasis in bold]

60.What this family requires – all three of them – is support and assistance under the 2014 Act. If this can be provided by a children with disabilities team or another team, and whether under the auspices of a Care and Support Plan, or otherwise, the net result would be that R-E’s welfare – and in turn her wellbeing – would be promoted and supported. In my judgment, this case goes beyond whether there should be an order for contact following a relationship breakdown due to domestic abuse. That is an important part of the background circumstances, but it should not define this child.

As the judge makes very clear, the barrier to direct contact is this child’s particular needs. He accepts the guardian’s view that, at this time, even supervised contact would not be in her welfare. It may therefore appear an abstract point as to whether the local authority could refuse to support R-E’s relationship with her father, if direct contact had been ordered. There appear to be a few words missing from this sentence in para 59: ‘For a local authority to view this as a request for, or to observe, contact simply misses the point in my judgment.’ However, these passages as a whole suggest that the judge is concerned that a local authority might be simply dismissing its duty to meet a child’s needs by categorising relationship difficulties as ‘private law’.

Under the 2014 Act, a local authority must offer an assessment to any child who appears to need support, but under section 27(1), a disabled child is presumed to need such extra care and support in any event. It seems unlikely that an assessment of R-E would conclude that her relationship with her father should not be supported, but the family would need to meet the local authority’s eligibiity criteria for a service to be put in place to meet that need. Given the language of the Codes of Practice, and the human rights context set out by the judge, it seems odd to describe local authority support in terms of ‘intervention’. It will be interesting to see if any other parents in Wales now seek supervised contact as part of their child’s care and support plan.

R-E’s circumstances and the reasons that direct contact can’t go ahead right now are complicated and possibly unique. However, we think that Recorder Owen-Casey’s decsion (in agreement with the parties) to make this judgment public, set out the legislation in the human rights context, and send it to the Children’s Commissioner, makes a notable contribution to public understanding of these issues.