Legal blogging: an appeal from a fact-finding hearing 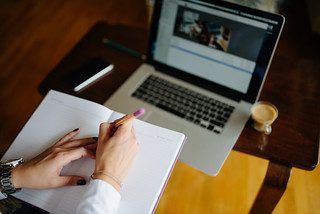 Over the past few weeks, I attended three online hearings in one case, as a legal blogger. The judge has given me permission to write on it (but more on that, see final paragraphs below). The case was an appeal to a circuit judge, HHJ Levey at Portsmouth Family Court, by a mother involved in child arrangements order proceedings that began in 2019. She was appealing against a decision made by a district judge (DJ) following a fact-finding hearing in September 2021. Therefore, contact arrangements hadn’t been settled at that time, some five months ago. The judge is due to hand down the judgment shortly. If the appeal is successful, the fact-finding hearing will have to be re-heard, creating more delay. The appeal hearing I sat through was adjourned twice. Both parents involved said they were unhappy that matters were taking so long to be resolved. I’m not sure how much, if any, contact the children (who live with their mother) are currently having with their father. The mother was permitted to keep her camera turned off and was represented by barristers; the father appeared in person, apparently sitting alone in a room at home.

This is a short post because although the judge agreed that I might write about the hearings, proceedings are still active and I haven’t yet seen a judgment. I’ve asked the court for a copy of the judgment when it is handed down to the parties, and it should eventually be on BAILII. Then I’ll be able to write more.

The appeal had been re-listed in early January, but at that hearing the judge discovered that he had not been given a bundle of relevant documents from an earlier (separate) set of proceedings or a copy of the DJ’s order, nor had the court arranged for an interpreter for the father (who did not speak English as his first language) although there had been an interpreter at the fact-finding hearing. The barrister for the mother identified the following as ‘central issues’ regarding the fact finding:

The judge checked that the father understood this. This hearing had been listed for half a day but lasted about an hour. The judge gave permission to appeal but could not proceed with the appeal that day because of the missing information and lack of an interpreter. The mother’s barrister also mentioned that there had been problems with obtaining a full transcript of the fact finding.

Three weeks later, the hearing began at 2.30 p.m with an interpreter there and a new barrister for the mother. A journalist also attended (observing, as I was). The judge explained that he was going to decide if the DJ had been wrong or if for other reasons the child arrangements order (CAO) in September should not be allowed to stand. The mother’s barrister had sent in a skeleton argument that I have not seen. She said that this contained the relevant law, Practice Directions and the errors in the DJ’s judgment. The following is a summary of the barrister’s submissions for the mother, with an occasional explanation by me in brackets. I tried to write everything down literally as said in court.

As the two hours allocated was now up, and only the mother’s submissions had been made, the judge adjourned the hearing again. The father said he would only need an hour, not two; the interpreter found an hour; the barrister who was going to be on holiday nevertheless said she would also be available.

As I haven’t seen the skeleton argument, I’m not certain about the exact points being made about the mother’s vulnerability, and how that was likely to have affected her evidence, and why no one had considered this at the fact-finding hearing. The rule changes under s. 63 were not in force until October, a couple of weeks after the hearing she was complaining about. However, back in September, even if the rules didn’t say a party who may be an abuse victim was automatically assumed to need special measures to give good evidence, they did say that a party who alleged abuse was eligible for them.

In this hearing, the father went through each of the points in the skeleton argument that he did not agree with or wanted to clarify. He referred to many relevant pages and paragraph numbers, but I wasn’t able to estimate how much he agreed with and how much he didn’t.

In the second and third hearings, the instant translation of almost every line by the interpreter for the father was remarkable. Although this lengthened the hearings,  it must have made the proceedings far fairer than if she’d not been there. I recall some years ago that court interpreters were badly paid and I hope that has improved because it’s very hard and very skilled work.

Originally another member of TP was planning to attend, but the date was put back at the end of last year and she couldn’t make it. Oddly, when she notified the court she was going to attend, she was told that the judge would need to be asked about that.  However, by the time I sent in my Form FP 301, the court staff seemed to have accepted that legal bloggers have a right to attend.  The judge asked the parties at the outset if they had any objections to my remaining, of course. In the second hearing, the judge said that ‘permission’ had been given to me to remain  – I assume he meant that was because no one objected.  A journalist also arrived and HHJ Levey asked him to show his press card before confirming he could stay as well. He didn’t reappear at hearing no. 3.

Just as I was about to speak up at the end of the third hearing, I was surprised by the mother’s barrister saying that because the matter was an appeal, it was being held in open court, and the judge agreed.  I explained that I had been under the impression that it was private hearing, that section 12 applied and that I had been about to request  s. 12 was lifted so I could write something for TP.  The judge said that he had no objection to my reporting, and explained to the father, who did not object either. I assured the court (and thereby the parties) that I was aware I was not allowed to write anything that could lead to identifying the children.

I’m not certain the hearing was technically held in open court because of all the formalities about me and the journalist attending. The journalist also thought it was being heard in private, because he held up his press card and offered to email a copy to the court. I don’t think a hearing is public if it is not listed in public and if no one is told it was, until the very end. However, it was lucky I was able to join all three hearings and I look forward to learning about the outcome and the opportunity to comment.

Image: Creative commons on flickr with thanks to Nina Stojkovic