Hit on the head by an old chestnut 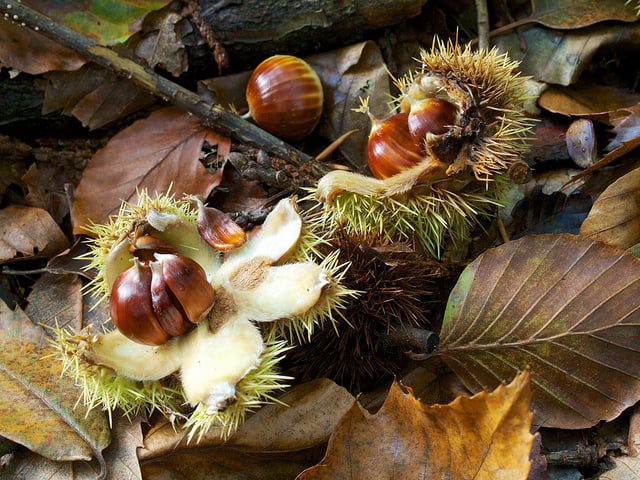 The hoary chestnut, the ‘meal ticket for life’, has fallen from the media and hit us squarely on the head again. This time, the impetus is a Supreme Court case called Mills v Mills. Back when it reached the Court of Appeal, one of my colleagues here on the Transparency Project summarised many of the articles that had appeared in the news about the case so far. I also wrote about it, and maintenance generally, here.

On 18 July 2018 the Supreme Court delivered its decision in Mills, in a judgment by Lord Wilson with whom the other judges agreed. You can find that judgment and a press summary here.

The facts of Mills

As I have written previously, Maria and Graham Mills were married for 13 years. At times, Mrs Mills supported the family financially and at other times, particularly when Mrs Mills was ill at the end of the marriage, Mr Mills did. They divorced in 2002. They sold their house and Mrs Mills got most of the proceeds to buy a house for her and their son (£230,000), and Mr Mills got a lump sum and a business.

Since then, Mr Mills has paid spousal maintenance of £1,100 per month to Mrs Mills. The order is for joint lives, i.e, it lasts until one of them dies. If it is Mr Mills who dies, Mrs Mills could claim against his estate as a dependant. However, a court can at any time increase, decrease, or end the maintenance.

In 2014 Mr Mills applied to reduce the maintenance or end it, and in response Mrs Mills applied to increase it. By this time she was living in rented accommodation having lost all of the capital she had been awarded in the original 2002 order and was in debt for approx. £42,000. She had done this by buying and selling a series of properties but increasing the borrowing on each of them and spending some of the sale proceeds of each house on other things. This means that over time there was less and less capital. Mrs Mills was earning, but her earnings alone did not give her enough to live on without maintenance from Mr Mills.

Mr Mills argued that Mrs Mills had mismanaged the money. The court accepted that she had not mismanaged the money, but that her financial situation was, in the words of her barrister, ‘run up over many years as a single parent having health difficulties’.

At first instance, the judge rejected both parties’ cases and kept the maintenance level the same. Between her earnings and the maintenance, Mrs Mills could meet most but not all of her living costs. The amount she was short by was about £341 per month and she would have to cut her expenses  – already basic ­- to fit her means. Because she was renting, some of her living costs were going in rent.

The Court of Appeal

The Court of Appeal ordered increased maintenance to £1,441 per month. In other words, it gave her the extra £341 she needed. The court assessed that amount as meeting only her basic needs and after taking into account what she could and should earn and what ‘represents a fair proportion of the respondent’s available income’ (NS v SS (Spousal Maintenance) [2014] EWHC 4183).

The husband’s appeal to the Supreme Court

The Supreme Court gave the husband permission to appeal on only one ground:

‘In circumstances in which at the time of a divorce a spouse, say a wife, is awarded capital which enables her to purchase a home but later she exhausts the capital by entry into a series of unwise transactions and so develops a need to pay rent, is the court entitled to decline to increase the order for the husband to make periodical payments to her so as to fund payment of all (or perhaps even any) of her rent even if he could afford to do so?’

The issue is therefore whether the spousal maintenance should include an amount for Mrs Mills’ rent when the original divorce settlement had given her a lump sum to buy a house without needing a mortgage. This wasn’t about whether he should pay spousal maintenance. Everyone agreed it was a maintenance case, and the original joint lives maintenance order was made with both parties’ consent. It was about whether this was ‘double recovery’: being given money for a house and later getting money that covered rent.

The court has to try to meet the parties’ needs when they divorce. Mrs Mills had made poor financial decisions but she was hindered by ill health and her earnings also restricted by childcare, when Mr Mills did not have those impediments. But that doesn’t mean that a former spouse should be on the hook forever. He did provide for Mrs Mills’ housing in the first divorce settlement, and it’s not his fault she has lost that money. To what extent should he be her insurer against misfortune or bad decisions 16 years after the divorce?

The Supreme Court overturned the court of appeal decision and reinstated the first instance decision, which keeps the maintenance at the same level as it has always been. This means that Mr Mills cannot lower the payments as he wanted, but nor does Mrs Mills get all her needs covered. It’s the kind of fairness that both sides dislike.

Lord Wilson referred to three previous Court of Appeal cases, Pearce v Pearce [2003] EWCA Civ 1054, North v North [2007] EWCA Civ 760, and Yates v Yates [2012] EWCA Civ 532, which he said had been correctly decided. In North, the Court of Appeal had said, notably, that ‘He is not an insurer against all hazards nor, when fairness is the measure, is he necessarily liable for needs created by the applicant’s financial mismanagement, extravagance or irresponsibility.’

Lord Wilson held that a court was “entitled”, rather than obliged, to decline to require the husband to fund payment of the rent. The court has a wide discretion conferred upon it by section 31(1) and (7) of the Matrimonial Causes Act 1973 but a court would need to give very good reasons for requiring a spouse to fund payment of the other spouse’s rent in the circumstances set out in the appeal grounds. A spouse may well have an obligation to make provision for the other; but an obligation to duplicate it in such circumstances is most improbable.

So where does this leave us?

Rather typically, because the Supreme Court is a big fan of discretion in this area, Lord Wilson  simply refers to the wide discretion that judges have. He isn’t saying that it would never be appropriate for a husband (for it usually is a husband) to have to fund rent when the wife has unwisely lost capital meant for housing. It would however be improbable that a court would do so. It’s a shame that the judgment doesn’t address the underlying principles, i.e. when a spouse should be the insurer of the other when not all these needs are relationship generated. Of course, such comments would be obiter (not necessary to decide the case and therefore not binding on courts below), but obiter comments from the Supreme Court are still valuable to practitioners. Instead, the judgment is narrowly focused on double recovery and ‘unwise transactions’. But there has to be a principled basis even to such specific facts.