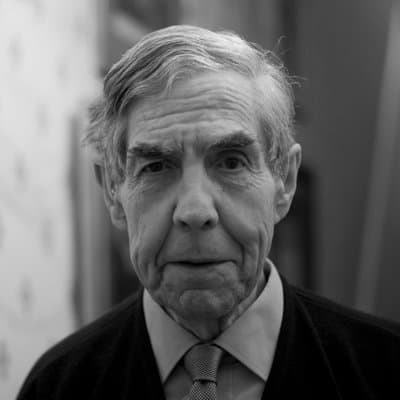 ITV This Morning and Daily Mail – In Expert evidence about unexplained injuries in child protection cases we commented on reports of parents traumatised by removal of their baby due to possible non-accidental injury. We also asked for suggestions for a guidance note on expert evidence for families. (See twitter conversations here too on language within investigation of allegations by older children):

'Expert evidence about unexplained injuries in child protection cases'.
And some first thoughts on what might be useful in a @seethrujustice guidance note on this:https://t.co/AKmhna6896

The Daily Mail – Family court judge must explain why pianist jailed, says campaigner was the headline of a recent Daily Mail report.  We made enquiries and confirmed the later publication of the committal judgment. See Pianos and Prisons and Publication of Judgments. It’s hard to see how the spirit of the committal guidance on publication in the public interest has been met though. The particulars of the breaches are not appended or even summarised (since admitted), leaving the public and the media in the dark. Whatever the individual merits, this matters, including for public trust (where warranted) and accurate reporting, particularly on social media.

(We’re also keeping an eye out for the published judgment from an application for committal for breach of a reporting restriction in the Court of Protection. See the Mail headline: Man accused of revealing information aired in Court of Protection could be jailed.)

"First of its kind" case brought for alleged breach of Court of Protection Transparency Order.
This is one to watch!https://t.co/jMbyv8oeAv

The Sun, Metro, Star, Express & Mirror –  A cluster of celebrity divorce reports with no obvious public interest (as opposed to public appetite) attracted twitter comment from the legal sector last week. While Stowe Family Law blog commented on the speculation about Ant’s divorce (apparently triggering another round of tabloid speculation), in Stellar contributions: I’m a celebrity get me out of here!:

Another absurdity by @TheSun “(she) May end up with five times the touted £31million…Her legal team has advised her to follow the precedent set by ex-Arsenal footballer Ray Parlour’s wife Karen — who was awarded a third of his future earnings in 2004.”https://t.co/pG6MHkULne

"…I can't see how Ant’s wife Lisa will succeed in obtaining a share of future income…" <Solicitor Ben Stowe considers the possible outcomes of the Ant McPartlin divorce https://t.co/KXlT06BFUc

Very pleased to have been quoted in today’s @Daily_Star and also in @TheSun and the @DailyMirror online. Ant IS a Genius. This is the argument I would be running #divorce #FamilyLaw #Finances #lawyers pic.twitter.com/0tVccivcDj

@MailOnline : Nope – you only have to read your own story to discover that it wasn’t a “High Court” judge. What is this fetish about every court being the High Court? pic.twitter.com/cAfqUEI7gC

Here we go again with @thesun 1) “years of cruelty” is not a relevant consideration in a school fees application 2) if she wants money for school fees, and he is willing to pay it directly to the school, there’s no real dispute https://t.co/YVozwiTbiG

The trailer has been released for Custody, an intriguing new French film exploring the impact of divorce and separation on families and children. It is being released in the UK in April 2018, and there is more about it here: https://t.co/gW00FQsB8E

Linker of the week

The Guardian – We saw links here, here, here and here to the primary source material being reported in the Guardian last week. We’d love to think this will eventually be no more than routine good practice across all news media outlets:

Many papers cover this story but only @Guardan @harrietsherwood link their
readers to yesterday's Report from the review into the application of Sharia Law
Register Islamic marriages under civil law, sharia review says https://t.co/yiTBVJ1Ree

Re E [2017] EWFC 101  – In ‘All is not well with child protection in North Wales’ we explained the judgment from a Welsh court decision on an application for amendment of an earlier judgment, due to ‘reputational damage’:

‘All is not well with child protection in North Wales’ : https://t.co/hEZQWWMegJ pic.twitter.com/lB6bQNxhmU

M (Children) [2017] EWCA Civ 2164 – We updated our original post (on contact between children from an ultra orthodox jewish community and their transgender father), to reflect the Court of Appeal decision. See Pragmatism versus Principle:

Pragmatism versus Principle – update on the Charedi transgender case : https://t.co/Mk8zfS3y30

Kings College Hospital NHS Foundation Trust v Thomas and others [2018] EWHC 127 (Fam) (1) & (2) – UK Human Rights Blog explained this judgment from an application for permission to withdraw medical treatment from a child. See this post, this @Celtic Knot thread and the transcript of the recent Family Justice Council debate:

K (A Child) [2018] EWFC B2 – Another in a line of scathing judgments in the context of inadequate secure accommodation provision for children. Explained for the Guardian by Louise Tickle (also a Transparency Project member) here:

Henry Brooke – A tech visionary who championed diversity, transparency and access to justice  [The Financial Times – paywall]. Blog to follow:

Vulnerable Clients and The Family Justice System – We wrote about Jo Delahunty QC’s lecture here. It’s also available to watch on YouTube here. (See also Justice Online: Getting Better?, a Gresham College lecture by Joshua Rozenberg on the development of the Online Court on 20 February at 6pm:

Hidden transparency – We commented on transparency proposals  deep within the Presidents 18th View in the context of financial remedies:

Hidden transparency (on the transparency reform that Munby J snuck into his View no 18) : https://t.co/0RqPcaB3tV pic.twitter.com/yadfFwOkFg

Care Crisis Review  – The deadline to respond to surveys for families and practitioners is 11th February:

#CareCrisisReview survey closes 11.2.18 @FamilyRightsGp is facilitating this welcome review. What's contributing to the the record numbers of care order applications & high numbers of children in care? What would positive change look like? Get involved: https://t.co/u0KgVJq9IL

Public Law Project research on accessibility of legal aid for family cases – PLP are inviting family law service providers with a legal aid contract and others to complete a questionnaire.

Legal help and advice to tell you how to get advice – David Burrows on practical barriers that risk making access to justice meaningless:

Legal help and advice to tell you how to get advice by @dbfamilylaw : https://t.co/R5Nz7INb0g

Transparency through publication and spread of research – @Ermintrude asked whether the current ‘system’ for informing social workers and the public about research is as open as it needs to be to serve the public interest. (We’ve had similar conversations at The Transparency Project). See this thread:

What’s the point in research in a subject area like social work – if it doesn’t get disseminated in open access formats that aren’t behind paywalls and conferences that no LA employer will pay for? Wonder if a role here for @BASW_UK ? (No criticism – but genuine query)

What we learned in 2017: The Courts – Paul McGrath and Judith Townend (of the Transparency Project) commented on the online court proposals in the Internet Newsletter for Lawyers:

What we learned in 2017 (3): The courts – discussed by @JTownend and me in latest Internet Newsletter for Lawyers https://t.co/g76tpzsrn5 @seethrujustice