Do a fifth of marrying couples sign a pre-nup? 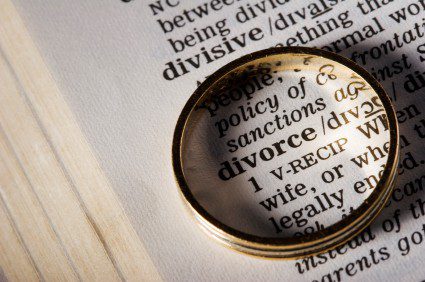 This is a guest post by Tony Roe, divorce and family law solicitor and arbitrator, and visiting fellow in family law, University of Reading. Tony tweets as @TonyRoeDivorce

The Marriage Foundation has hit the headlines with its research paper entitled “One in five weddings now starts with a prenup”. This has caused some surprise in the legal community.

What is the Marriage Foundation?

Under the “Who we are?” tab on its website the Foundation announces that it is made up of a strong and committed team who are “unswerving in their passion to champion marriage for the good of society…especially our children”. Its chairman is former family High Court judge, Sir Paul Coleridge. Harry Benson is its research director and Michaela Hyde is its executive director.

The paper announces that there has been “precious little – if any – independent research” on the prevalence of prenuptial agreements or premarital contracts to give them their full name. It goes on to boast that it may be a world first.

A quick Google search uncovers a Law Society Gazette report, dated 27 August 2019, on a You Gov online survey commissioned by law firm Stephensons Solicitors LLP. The total sample size was 2,064 of whom 136 were aged 18 to 24 (85 were women, 51 were men). The figures were weighted and “are representative of all UK adults aged 18 plus”. Unfortunately neither the survey questions nor the responses are available.

Stephensons’ survey was a different one to that of the Marriage Foundation. It focused on who might sign a prenup rather than who did. It found that of the respondents aged 18 to 24, 42% of women and 36% of men would likely sign a prenup. According to the survey, 86% of 18 to 24 year olds were not living with a romantic partner: 62% were single and 23% were in a relationship but not living together.

The survey was commissioned from polling company, Savanta ComRes, with a sample size of 2027 “ever married” adults over 30 in July 2021. It does not define “ever married” but one assumes that this means that the individual is, or has been, married at least once.

Unfortunately, once again, neither the survey nor the responses are published. However we do know what was asked on the subject of prenups. Question 8 read, “Thinking about your first marriage, did you sign a prenuptial agreement?” Apparently this question was added to the survey almost as an afterthought. In the event that very few in the sample had actually signed one a sub-question was added asking if respondents knew anybody who had signed one.

How is a prenup defined?

The Marriage Foundation does not define a prenup. As a result an informal agreement could constitute a prenup just as much as a professionally drawn up document.

The earliest prenup in the sample was signed in 1970, with a further four signed during the 1970s representing 1.5% of weddings. The survey finds that their prevalence increased in the 1980s to 8% of weddings. However, from about 2000, they were present in 20% of weddings with the exception of the year 2019 where 31% of its specific sample of 44 signed a prenup.

The survey took 905 in the sample of post-2000 weddings and looked at how prenups were distributed in a range of five social classes. These were higher managerial, intermediate, small employers skilled and semi-skilled.

Prenups were the most prevalent in the top “higher managerial” group where 44% involved prenups, but fairly evenly distributed among the remaining four social classes, ranging from 16% to 20% of weddings.

Prenups were more prevalent where the husband was better educated but not in all social groups. No explanation was given for how education was defined.

For earnings, the reverse was true. Prenups were more prevalent where the earnings were similar or the wife earns more.

The survey looked at those who were asked to think about why they married and who agreed or disagreed with the statement “We made a deliberate decision to marry” (‘deciders’) or “it just kind of happened” (‘sliders’).

Although there was no difference between deciders and non-deciders, sliders were more likely to sign a prenup than non-sliders.

Overall, using a “logistic regression” (a technical term used by the researchers), the survey found that the odds of signing a prenup were statistically higher among higher managers, those who had done any kind of marriage preparation class or mentoring, those who slide into marriage and couples where earnings are similar or the wife earns more. They were lower where wives were better educated.

Does signing a prenup affect divorce?

Again using a logistic regression and controlling for gender, age when married, decade of marriage, social class, where the couple met, and the reason they married, the survey found that prenups appeared to be associated significantly (p<.05) with a reduction in divorce over the first ten years of marriage. However, this effect disappeared when other characteristics –such as whether couples did marriage preparation – were taken into account. It concludes that prenups per se do not change the risk of divorce.

From the comments on Twitter it would appear that there is some surprise in the profession at the findings of the survey. Personally I, too, am surprised by them.

As to how representative it might be of the reality of the situation, namely how prevalent are prenups, which are not defined, I would argue that a survey of only 2000 individuals is probably too small. Too small or not, we do not know how representative they are of the general marrying population and it is not clear how the respondents were recruited.

Finally, as noted earlier: without giving respondents a definition of ‘prenup’, there is a risk that the survey responses overestimate the number of true prenuptial agreements, at least in the sense understood by lawyers (i.e. a formal agreement in writing, intended to be binding on both parties in the event of divorce).

Featured image by Nicholas Copernicus on Flickr (creative commons) – thanks!