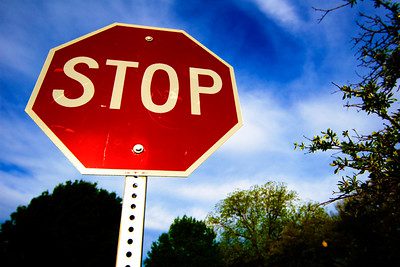 Parents who live under the shadow of constant threats by ex-partners of being taken back to court, with repeated applications about their children, will now get more protection from this happening.“Barring orders” is the name commonly given to orders the Family Court can make to stop future unnecessary applications being made, where it appears it’s likely a party is going to try to keep returning to court in a way that will harass and disturb the other party. We wrote about them in the context of the Domestic Abuse Act 2021 here.

The law was changed last month, intended to improve and increase the use of these orders. There is a new section in the Children Act 1989 and a new Practice Direction (PD); some existing PDs were strengthened. A brief explanation follows.

In plain English: when the family court makes a decision for a final order (or for no order) it can also order that a named person will not be allowed to apply for certain types of orders in the future, without first applying for permission. The result is that the other party won’t have to worry about new applications, unless something has changed to the extent that the court reviews the position and allows one to go ahead. These s 91(14) orders are time limited, as appropriate, usually for a number of years.

The problem has been that such orders tended to be thought of as harsh and exceptional, and were rarely made, or not even thought about. However, in a judgment in November last year, the Court of Appeal recognised that successive court applications could be part of a pattern of coercive control. In Re A (A Child) (supervised contact) (s91(14) Children Act 1989 orders) Lady Justice King said that older court guidance on using the sub section needed updating.  She said:

“In my judgment in many cases, but particularly in those cases where the judge forms the view that the type of behaviour indulged in by one of the parents amounts to ‘lawfare’, that is to say the use of the court proceedings as a weapon of conflict, the court may feel significantly less reluctance than has been the case hitherto, before stepping in to provide by the making of an order under s91(14), protection for a parent from what is in effect, a form of coercive control on their former partner’s part.

The guidelines in Re P [In Re P (A Minor)(Residence Order: Child’s Welfare) [2000] Fam 15; [1999] 2 FLR 573] should now be applied with the above matters in mind and in my judgment the prolific use of social media and emails in the modern world may well mean that orders made under s91(14) need to be used more often in those cases where the litigation in question is causing either directly or indirectly, real harm.” [paras 41-42]

King LJ described this approach as dovetailing with reformed legislation.

One aspect of the Domestic Abuse Act 2021 was to recognise the under use of barring orders by introducing new section 91A into the Children Act 1989. This says that the circumstances in which the court may make a section 91(14) order include, among others, where the court is satisfied that an application for an order under the Act of a specified kind, by any person who is to be named in the section 91(14) order, would put the child concerned another individual at risk of harm. ‘Harm’ here means ill-treatment or the impairment of physical or mental health. Also, if the named person applies for leave (permission), it’s now explicit that the court must consider whether there has been a material change of circumstances since the order was made. It’s also clarified that a section 91(14) order can be made on application by a party on behalf of the child, or simply by the court without hearing an application.

It should be remembered that, if a party feels a barring order was wrongly made, they can try to appeal.

Section 91A was due to be introduced on 19 May.

This Practice Direction was introduced on 18 May. It’s quite lengthy, so here is the gist.

Section 91(14) is described as ‘a protective filter’ in the interests of children, whose welfare is the paramount consideration. The circumstances the court must look at aren’t limited to a history of incessant applications, but wide ranging, including the need for a period of stability, and other conduct such as harassment through social media. In cases of coercive control, early and ongoing consideration should be given to adding a section 91(14) order. There’s a strong message in para 2.7:

Section 91(14) orders are a protective filter – not a bar on applications – and there is considerable scope for their use in appropriate cases. Proceedings under the 1989 Act should not be used as a means of harassment or coercive control, or further abuse against a victim of domestic abuse or other person, and the court should therefore give due consideration to whether a future application would have such an impact. (our emphasis)

Strengthening of PDs 12B and 12J

PD 12B on the Child Arrangements Programme now cross-refers courts to the new PD12Q, highlighting the availability of s 91(14) orders and making clear that where allegations of domestic abuse or other risk of harm are alleged or proven, the court should give early consideration to whether a s 91(14) order may be appropriate at the end of the main application. Amendments are also made to include consideration of whether any findings of fact may be necessary during the proceedings. PD 12B (Pilot) on the Private Law Reform: Investigative Approach is also amended.

Under PD12J – the overall procedure to be followed when there are allegations of abuse and harm – the availability of s 91(14) is again highlighted. This new emphasis on s 91(14) throughout the relevant rules and guidance is a very important development, of which all lawyers, advisers, and judges in these sort of cases need to be aware.

Evidence to the Harm report suggested that repeated court applications by abusive ex-partners was common. We should be seeing a lot less of that now.