Christopher Booker, writing in the Sunday Telegraph last week, is critical of former District Judge Crichton (a retired family court Judge), for giving a selective account of the work of family courts. You can read the article here (you may have to pay) : “Removing children from their parents“.

In his opinion piece, Mr Booker is critical of Mr Nick Crichton for not identifying himself as a retired judge in his letter the week before to the Editor of the Telegraph. You can read Mr Crichton’s letter here (Again, you may have to pay – sorry).

Crichton had written in response to Booker’s article the week previous, “Children being seized from foreign families in ever greater numbers“, where complaint was made of

“the remarkable readiness of social workers to seize children from foreign parents working in Britain”.

Crichton wrote in defence of social workers and courts, setting out the law and correctly identifying that social workers cannot remove children at will, but only with the authorisation of a judge on clear evidence of actual or risk of significant harm. The summary of the legal position in the letter is broadly accurate. Exaggeration of the powers of social workers is a criticism that has been made of Mr Booker before, in particular in the Italian C-section case, where Mr Booker attributed a decision authorising a c-section on a mother-to-be with mental health difficulties to social workers, when in fact the decision had been authorised by a judge on application from the responsible Health Authority, not the council itself (see our Lucy R’s articles on that here : Never let the facts get in the way of a good story eh?).

Often retired judges who write to the letters pages of national newspapers do identify themselves as former judges, but we are not aware of any rule that says they must do so. Perhaps Mr Crichton thought that his simple explanation of the law and his opinion regarding the current “damned if they do, damned if they don’t” condemnation of social workers stood or fell on its own merits, without having to rely on his status as a former judge. Perhaps he didn’t want that to be a distraction. Nick Crichton is well known in the field and there is a wealth of publicly available information about him, so Mr Booker’s revelation of his identity as a former judge is hardly the scoop of the year. See here for example. 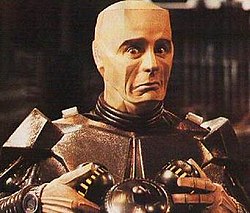 In any event, not only (says Booker) did Crichton not let on about his past, he was

“quite an evangelist for the workings of our “child protection” system – as when he told the BBC in 2014 that he had in one case had to remove 14 children in succession from the same mother”.

From this we might imagine that former District Judge Crichton is something of a baby eating bishop of Bath & Wells, notorious for the gusto with which he removes babes from the arms of mothers. But here Mr Booker has not “let on” the full story (which he must know because he refers to BBC coverage which sets all this out).

District Judge Crichton was and is an evangelist. Until his retirement recently he worked tirelessly on the creation and expansion of the radical Family Drug and Alcohol Court, which has significantly cut the rate of removals with its multi-disciplinary and supportive approach to child protection in cases where mothers suffer from long term alcohol or substance abuse problems. The whole point of FDAC has been to try and break the cycle, to prevent the 14 removals stories, to offer parents another chance, and to keep children with their families. And it has been very successful – but only because of the efforts of DJ Crichton (as he then was).

Over the years District Judge Crichton has given various FDAC talks and interviews up and down the country, trying to promote its benefits and secure funding for it so that it can go on to help more families. He often tells the 14th removal story. Although Mr Booker implies that this particular judge has removed fourteen consecutive children from the same mother, this is not in fact what he is reported as saying. See here for example where he says :

We think this is the very interview that Booker is referring to. Such cases are a rarity, and are clearly intended to be an illustration of the extreme – but DJ Crichton does not claim to have removed all of the children of this mother. Although he was a judge for long enough to have removed fourteen children from one mother it is highly unlikely that he was the single judge throughout. In any event, rather than rubbing his hands in glee at snatching another child, the purpose of the anecdote that DJ Critchton tells is to illustrate the despair that led him to try something different in order to break the cycle, i.e. FDAC.

Booker goes on to hypothesise, on the basis of court privacy rules, that there may not have been good grounds for the removals. It is a fair point insofar as we don’t know anything about the case involving the 14 removals – we don’t even know how many of them this judge was responsible for. Whilst it is possible that a miscarriage of justice (or 14) is lurking behind the bare fact of removal, there is no evidence to suggest that this is the case, and Mr Booker is simply speculating.

But it isn’t just Mr Crichton that Mr Booker misquotes. He also misquotes the President of the Family Division, Lord Justice Munby : whilst Munby did describe an individual case as “a tottering edifice, built on insecure foundations” (this is the Darlington case – Re A (A Child) (Rev 1) [2015] EWFC 11 (17 February 2015) if you care to read it), he did not say that too often these cases are no more than a tottering edifice, built on insecure foundations, largely made up of mere unsubstantiated assertion and untested hearsay, with the parents and children themselves forbidden to put their side of the case at all – which is what Booker would put into his mouth.

It is worth setting out some of what the President DID say in the Darlington case at some length (but we’ll spare you the whole thing) :

8 The first fundamentally important point relates to the matter of fact-finding and proof. I emphasise, as I have already said, that it is for the local authority to prove, on a balance of probabilities, the facts upon which it seeks to rely. I draw attention to what, in Re A (A Child) (No 2) [2011] EWCA Civ 12, [2011] 1 FCR 141, para 26, I described as:

”the elementary proposition that findings of fact must be based on evidence (including inferences that can properly be drawn from the evidence) and not on suspicion or speculation.” This carries with it two important practical and procedural consequences.

11 Failure to understand these principles and to analyse the case accordingly can lead, as here, to the unwelcome realisation that a seemingly impressive case is, in truth, a tottering edifice built on inadequate foundations.

The first part of this passage makes good what the former judge told Mr Booker in his letter – that findings must be based on evidence rather than any old nonsense from a social worker. The latter part, when quoted more fully, exposes the sleight of hand in the Booker piece : Whilst the President does say that disputes of fact are a “common feature” of these cases, he does not say that the failure to produce proper evidence is common (although it may reasonably be inferred that the President is concerned it happens too often – we agree. If it is happening at all that is too often). In the judgment the President also sets out with care the proper treatment of hearsay evidence, which is admissible in family proceedings, but which may be given less weight than direct evidence.

Booker goes on to misinterpret statistics, saying that the number of children predicted to be taken from their parents by social workers this year is up by 26%. That 26% figure is in fact a prediction of the numbers of cases that are likely to be issued this year. Although that figure, if it turns out to be accurate is likely to roughly correspond with an increase in removals, we simply don’t know at present how many children will be involved in each application, how many applications will seek removal, and in how many cases the court will agree.

Mr Booker also refers to a figure of 32,719, said to be the numbers for “disposal of children” in a “typical recent year” (his point being that orders are almost always made when sought). We have not heard this phrase but think it is taken from published statistics for the disposal (i.e. finalisation) of cases. Neither judges nor children talk of children being “disposed of”, and the implication that this is the sort of inappropriate language used by social workers or judges is unwarranted.

The “one typical recent year” seems to be 2011 (although the figure is slightly mistyped – it should be 32,739). 96% granted (see here). We don’t think that is very recent, and may not be very typical, since there have been significant changes in how many cases are issued and how they are handled since 2011. Mr Booker may have chosen this statistic because it is the last set of readily available data on these figures. Since 2011 figures have been published quarterly rather than annually and the reports that are published do not collate this data in any readily accessible format. We have not been able to identify comparable figures for the years 2012 to date from the current data which can be found here. We also think that the bare figures are not enormously helpful, since they are the number of orders made and don’t distinguish between removals and children staying at home / returning home, or between children being placed with extended family or by agreement of all parties. Whether current or not, these figures were never a straightforward record of the proportion of children removed from their parents.

“I fear that former Judge Crichton gave only a very selective picture of what is really going on in our family courts”.

Whilst Mr Booker is entitled to criticise the family courts and its judges, it might be said that his case in this particular article appears to be a tottering edifice built on insecure foundations, and that it gives a very selective picture of both Mr Crichton and what is really going on in our family courts.