Griffiths v Tickle (Part 2): the QC who let the skeleton out of the section 12 closet 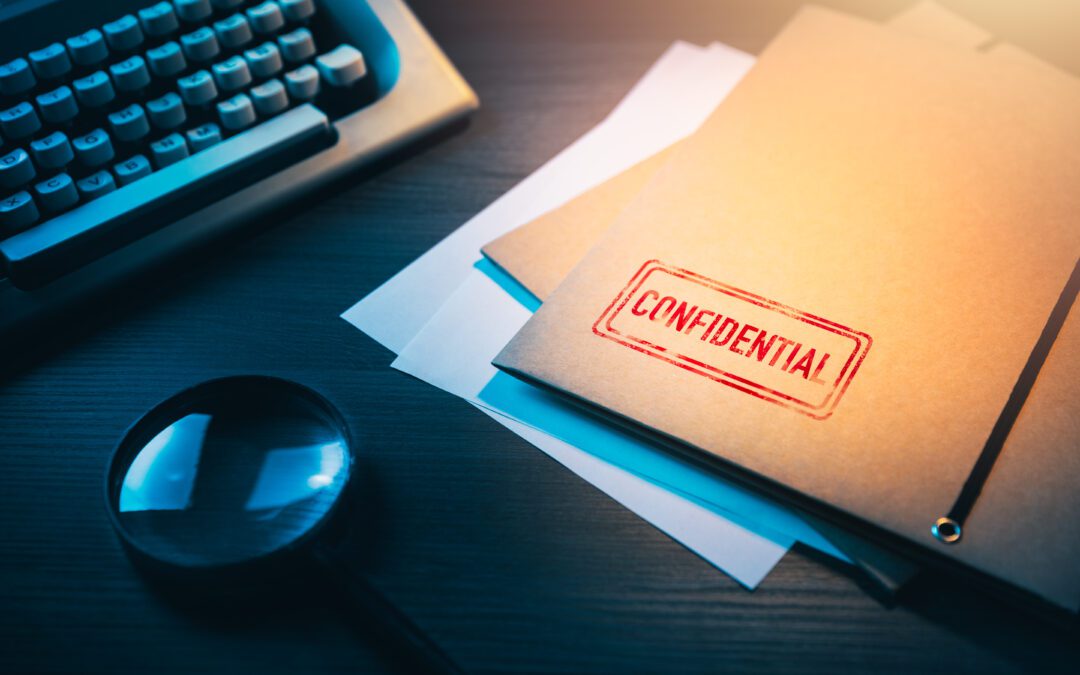 Andrew Griffiths, the disgraced former MP who was found by a family court to have raped and abused his wife, wanted his case to remain as secret as possible. No names, no bad publicity. But his own barrister has now been forced to apologise to the court for breaching one of the very secrecy rules on which his client’s case depended.

The case attracted some attention when, largely thanks to the determination and persistence of journalist Louise Tickle (also a Transparency Project member), the Court of Appeal ordered that the original family court judgment could be published without anonymising the adult parties: see Griffiths v Tickle  [2021] EWCA Civ 1882. Ms Tickle was represented by Lucy Reed (Transparency Project chair).

The court left over for later decision a separate question as to whether Mr Griffiths’s barrister, Richard Clayton QC, might have broken the rules or committed a contempt of court when disclosing his unredacted skeleton argument to third parties not involved in the case without the court’s permission. In a second judgment, Griffiths v Tickle (No 2) [2022] EWCA Civ 465 the court has now admonished Mr Clayton for having been potentially in breach of court rules / section 12 of the Administration of Justice Act 1960 (AJA), which forbid publication of details of any case involving children heard in private. Mr Clayton having apologised for what he said was an unintended breach, the court decided that whilst he may have been in contempt of court it was not proportionate to initiate formal proceedings for contempt in order to formally decide whether or not this was so or to impose any punishment.

In the original judgment in the Family Court at Derby on 26 November 2020, in proceedings relating to the couple’s child under the Children Act 1989, Her Honour Judge Williscroft found Mr Griffiths had perpetrated domestic abuse, including rape, and coercive control against his former wife, Kate Griffiths MP. In view of the legitimate public interest in the matter, two court reporters, Louise Tickle and Brian Farmer (of PA Media) applied for the judgment to be published in full, without anonymising the parties, subject to minor redactions to mitigate the impact on the couple’s infant child. Mr Griffiths did not oppose publication but wanted their names anonymised. He argued that this was to protect the interests of their child.

The decision to publish the judgment without anonymising the names was made by another judge, Mrs Justice Lieven, but her order was stayed pending Mr Griffiths’s appeal. It was only after the full hearing of that appeal, which incidentally took place in open court (I was there) and was recorded (but not livestreamed), that Lieven J’s decision was affirmed by the Court of Appeal, more than a year after the original family court judgment. (You can watch the hearing, listed as Re G (A child) and subject to stringent reporting restrictions, with no names being mentioned in court, via the court’s own YouTube channel.)

That hearing in the Court of Appeal was interesting for a number of reasons. Although I’ve watched the chair of the Transparency Project, Lucy Reed, speaking in public on numerous occasions and seen the films she’s made in support of her book, Family Court Without a Lawyer, this was the first time I’d seen her in action in court. But as the appeal was brought by Mr Griffiths, it was his barrister, Mr Clayton QC, who came on first, trying to argue all the reasons why the court should not publish his client’s name.

As has since emerged, Mr Clayton QC is not familiar with this particular area of the law. He sought on appeal to rely on section 97 of the Children Act  1989 (this hadn’t been raised before Lieven J). (Curiously enough there is a case on this called Clayton v Clayton – which made for some aural confusion between “Clayton” (the case) and “Mr Clayton” (the barrister).) He also attempted somewhat bravely (as the saying is) to challenge the very well established decision of Sir James Munby (before he became President of the Family Division) in Norfolk County Council v Webster [2006] EWHC 2733 (Fam); [2007] 1 FLR 1146 concerning the interpretation of section 97(4) and whether it could be used to prevent publication with names.

It was clear from the questioning by the three Court of Appeal judges that Mr Clayton was facing an uphill task in attempting to get them to overturn Lieven J’s decision. That made it easier for the respondents to the appeal, led by Ms Reed for Ms Tickle, to simply remind the court of the well established principles in balancing privacy for family life under article 8 against freedom of expression under article 10, under the Human Rights Act 1998, when making orders permitting relaxation of the statutory reporting restrictions, and to reassure them as to the legitimate basis for publication and the careful precautions taken to redact matters that might affect the interests of the child.

Brian Farmer, the other journalist, represented himself, with a confidence borne of specific experience in this area of law. (It’s not uncommon for court reporters to have to make applications to the court to relax reporting restrictions.)  There followed submissions by Dr Charlotte Proudman for Mrs Griffiths, largely supporting and reiterating what Ms Reed had already said, spelling out the importance of parties being free to tell their own story about what had happened to them (which incidentally was what the Webster case was all about). There were also submissions on behalf of the Griffiths’ child (represented by a guardian) and written submissions for two interveners, the organisations Rights of Women and the Association of Lawyers for Children. (As to the latter, more below.)

After months of lockdown, it was also rather exhilarating to be able to attend a fully in-person hearing at the Royal Courts of Justice. We were all asked to wear masks, except for those speaking, and Court 73 is spacious enough to accommodate quite a lot of fairly well socially distanced people. Judgment was reserved, being delivered remotely and online about a month later, by which time the Omicron variant was sweeping the nation and life had become more restricted for a while.

The judgment when it came was something of a bombshell. Andrew Griffiths had been the subject of an earlier scandal in the newspapers in 2018 after being exposed for sending hundreds sexual text messages to two young women, but now it was revealed that he had been found to have raped and abused his wife. For more on that part of the case, see

Shortly before the hearing of the appeal in November 2021, it emerged that Mr Clayton had disclosed some of the appeal papers to non-parties without the permission of the court. This was the subject of a note to the court and (later) a witness statement, about which Ms Tickle also applied to be able to report. So the court was not only considering whether there had been a breach of confidentiality, but the extent to which background circumstances could be reported.

What happened was this. In July 2021, shortly before giving her judgment authorising publication, Lieven J had circulated a confidential draft under embargo to counsel in the case. The purpose of this routine procedure was to enable counsel to alert the judge to any typographical errors in the text and to enable them to prepare for any potential appeal application. The following day, while the embargo was still in force, Mr Clayton discussed the case over dinner with a senior solicitor with expertise in child care law who was known to him as a friend of his wife. He did not disclose the identity of the parties but discussed in general terms what it was about and inquired if there were any organisations focussing on the interests of children who might wish to intervene on the appeal. The friend told him of the existence of Association of Lawyers for Children (“ALC”).

After Lieven J had delivered judgment, and permission to appeal had been granted, Mr Clayton asked the solicitor friend of his wife if she might forward an inquiry to the ALC, which she agreed to do. He then sent her by email, and she forwarded to the ALC, documents including an unredacted copy of his skeleton argument for his application for permission to appeal. Having received these, the ALC alerted the parties to the appeal that confidential documents had been shared with one of their members without permission and that they had deleted them.

In his witness statement, Mr Clayton said that the limited disclosure had been made in good faith, in the belief that it would be permitted in the interests of justice. He had not applied his mind to s 12 AJA or the relevant provisions of the Family Procedure Rules (FPR), but accepted with hindsight that he should have done. He should have asked for permission first. He apologised unreservedly for that, pointing out (rather tellingly) that “it was unintended, due to a lack of familiarity with the applicable provisions.”

Having considered all the circumstances, the court concluded that the disclosure was not permitted by s 12 AJA or anything in the FPR or elsewhere that might justify such a disclosure without permission. Accordingly, a contempt of court “may have been committed” in this case, and the court was therefore required by rule 81.6(1) of the Civil Procedure Rules (CPR) to consider whether of its own initiative to institute formal proceedings for contempt.

However, the Court decided not to. Explaining their reasons, Lord Justice Warby said, at para 5:

“This was a significant breach of the confidentiality regime that exists to safeguard the rights and interests of children in proceedings of this kind. … But in the event the harm was limited; this was a careless breach and not a deliberate one; Mr Clayton made a prompt apology; he will have to bear his own costs of the Application and these proceedings, which have been protracted; in all the circumstances these proceedings and this public judgment represent a proportionate and sufficient response.”

It is nevertheless a cautionary tale which also demonstrates just how draconian and all-encompassing the effect of s 12 AJA still is.

The Transparency Project is a registered charity in England & Wales run largely by volunteers who also have full-time jobs. We’re working hard to secure extra funding so that we can keep making family justice clearer for all who use the court and work within it. We’d be really grateful if you were able to help us by making a small one-off (or regular!) donation through our Just Giving page. You can find our page, and further information here.
Thanks for reading!