Another Financial Remedy case where anonymity was refused 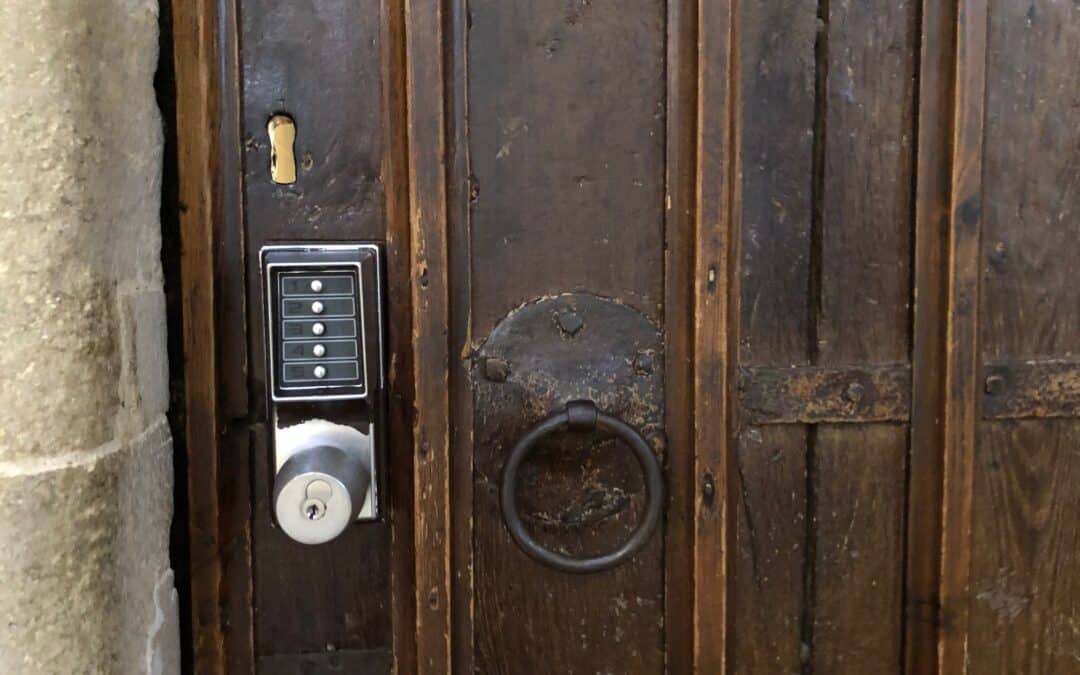 The recent judgment in the case of Gallagher v Gallagher (No.1) (Reporting Restrictions) [2022] EWFC 52 is a sequel to the previously anonymised case of XZ v YZ [2022] EWFC 49. As the title suggests, having made an interim anonymity order, Mr Justice Mostyn decided in the end to name the parties, as the media argued he should.

In Gallagher v Gallagher (No.2) (Financial Remedies) [2022] EWFC 53 one can perhaps see some of the reasons why the press were interested in reporting, names and all and why the applications were allowed.

This post just summaries some key points from Gallagher No 1.

Firstly, the judge gives some clarification of the meaning of the ‘implied undertaking’ which restricts what ‘ulterior use’ can be made of documents a party has been made to disclose in this sort of case (in earlier judgments he had indicated that the implied undertaking wasn’t as restrictive as had been thought). In short, the judge said that the parties can only make of documents to journalists (or bloggers) actually covering the hearing. They may however, give interviews to anyone.

The judge confirms some of what he has been saying in earlier recent judgments on this topic:

6.I make no apology for taking the opportunity of elaborating these principles in the paragraphs that follow. I intend this to be my last judgment of substance on this subject. I leave it to others to determine if I am right or wrong. Henceforth, for as long as the law stays as it is, I will decide any applications for orders for reporting restrictions and/or anonymity on their individual merits applying these principles without further jurisprudential elaboration.

He concedes that Mr Justice Holman (who was a fan of sitting in open court rather than in private) was right about some aspects of ‘transparency’ – but not completely:

I do not agree that it is necessary to hear all cases in open court in order to achieve full transparency. The hybrid arrangement ordained by Parliament when it endorsed FPR 27.10 and 27.11 achieves true transparency in two ways. First, the press and authorised bloggers act as the eyes and ears of the public in exactly the same way as they would if the case were heard in open court. Second, as explained above, there is no prohibition, in the absence of a specific individual order, on either party telling whosoever they please what has happened in court.

In this case, unlike earlier cases (See here), Mr Justice Mostyn heard legal argument about the issue of anonymity. The tone suggests he was not impressed at the general nature of the arguments put forward:

29.I now turn to the arguments which have been advanced to me which seek to justify a general policy of secrecy and anonymity in financial remedy cases.

He confirmed he was sticking to his guns:

A hearing which is not covered by s 12 of the 1960 Act, which is heard “in private” (or “in chambers” in times past) has no special significance in terms of confidentiality. The only legal consequence of it being heard in private is that members of the public who are not journalists or bloggers cannot physically attend. Otherwise, in terms of openness, the proceedings are virtually identical to those heard in open court.

As to arguments that anonymity would provide ‘enough’ transparency if the media could report the facts:

36.I disagree with these arguments. First and foremost, I agree with Mr Farmer that if very rich businessmen are in court fighting at vast expense with their ex-spouses over millions, then the public has the right to know who they are and what they are fighting about. The judgment should therefore name names. Redactions can be made of commercially sensitive information, but only to the extent that they are strictly necessary. But the redactions should not ever obscure the way the court has decided the case.

Mostyn also queried how effective anonymisation attempts were, saying that:

The weakness of the protection conferred by anonymisation is an additional matter to be brought into the balancing exercise.

… however he didn’t seem to take quite the same approach for children:

43.I strongly suspect that in most cases an order, if sought, would be justified which prevents the direct naming of any minor children, publication of photographs of them, or identification of their schools or where they live. The Re S balancing exercise would normally lead to that decision. It would prevent the children seeing their personal details in a newspaper or online. That would cause gratuitous upset and should normally be prohibited. I struggle to conceive of a financial remedy case where Article 10 would trump the other rights and allow these details to be published.

As for the risk of indirect identifications that was inevitable, but not in itself a generally good reason for imposing secrecy:

44.Obviously, in any case where their parents were litigating, there will be indirect identification of the children. In this case the children and their contemporaries will know that Donal and Brid Gallagher are in court fighting about millions. But that is not a reason for imposing secrecy on proceedings. If it were, then swathes of cases of manifold types would have to made secret, because many, if not most, adults have children. It would mean, for example, that many, perhaps most, TOLATA and Inheritance (Provision for Family and Dependants) Act 1975 cases would require to be held in secret.

45.Indirect identification of children is not confined to reports of court cases. As Mr Farmer pointed out, every sensational story about adults is likely to cause upset to the children of those adults. The story does not need to be about a court case for the children of the protagonists to be impacted.Generally kids not a good reason to restrict reporting:
I therefore reject the argument that the possibility of the indirect identification of the minor children of the litigating adults is of itself a reason for making a reporting restriction order. I do not dispute that there may be some exceptional cases where the Article 8 rights of the children themselves will come to the fore and will act to prevent publication of a news story….

it would need some clear causal evidence…for indirect identification of the children to be a relevant factor in the balancing exercise.

Blackmail is not a good reason to avoid transparency:

The judge commented on arguments that ‘…to allow more sunlight into the Family Court will allow some litigants effectively to blackmail the other party into settling the case at an unjustly high price in order to avoid a public hearing and the unwelcome exposure of skeletons in cupboards, and that this possible practice, of itself, would be a good reason to ordain anonymity generally.’

He didn’t buy it:

I firmly disagree with this argument. The constitutional principle of open justice obviously cannot be put aside by anecdotal gossip about the motives of some litigants who have settled their cases. One can confidently assert that if this practice were a common phenomenon in litigation generally the civil courts would be empty. And they are not.

The judgment is ‘pro’ the provision of documents to bloggers/journalists, and the judge agreed with the submissions from the Press Association that:

…granting non-party access to the parties’ skeleton arguments will plainly advance the principle of open justice, will cause no harm to the legitimate interests of others and is both practical and proportionate.

In my judgment there would have to be very good reason for there to be a departure from the default position where skeleton arguments are sought…. Sight of other documents by the press would have to be the subject of a fact-specific balancing exercise.

(Other references make clear he is talking about both bloggers and journalists.)

Mostyn J clarifies that the interim order in XZ was made on notice to the press (this wasn’t clear in the original judgment).

On interim orders for anonymity he says:

63. …for the time being good practice would indicate that, in first instance financial remedy cases, careful thought should be given before any evidence is called to what form of interim order will best hold the balance between the competing interests in the particular circumstances of the case.

There are some interesting comparisons between the position in Financial Remedy cases and that in cohabitee property disputes which are dealt with in the county court not family court.

65.I accept that the husband’s Article 8 rights would be engaged by a news report which referred to information compulsorily disclosed by him in financial remedy proceedings. However, in performing the balancing exercise I do not accept that the evidence given by former spouses in financial remedy proceedings, or the compulsion that is applied in its extraction, is either qualitatively or quantitatively different to that in most other forms of civil litigation. In my opinion the evidence about the financial history of a marital relationship adduced in financial remedy proceedings will often be less extensive, personal and detailed than the evidence given about a non-marital relationship in a TOLATA case or in a marital or non-marital case under the Inheritance (Provision for Family and Dependants) Act 1975. Disclosure of documents in such proceedings is made under compulsion. Yet those proceedings are heard in open court without reporting restrictions.

There is time for a little bit of nice hyperbole :

72.The resistance to letting sunlight into the Family Court seems to be an almost ineradicable adherence to what I would describe as desert island syndrome, where the rules about open justice operating in the rest of the legal universe just do not apply because “we have always done it this way”. In my judgment the mantra “we have always done it this way” cannot act to create a mantle of inviolable secrecy over financial remedy proceedings which the law, as properly understood, does not otherwise recognise. I do acknowledge, however, that the tenacity of desert island syndrome is astonishing.

‘Commercial interests’ arguments were rejected, but a limited reporting restriction order was made concerning matters which might prejudice the husband in some potential litigation in Ireland. So the media were allowed to report almost everything, but not quite.

Finally, Mostyn J made clear that the time for parties to argue they had a “reasonable expectation of anonymity” when they set out on their litigation has passed – Mr Justice Mostyn has been on record for 6 months that this is his practice.

Again Mostyn J said – if people didn’t like the law as he has concluded it to be the only remedy was for Parliament to fix it.