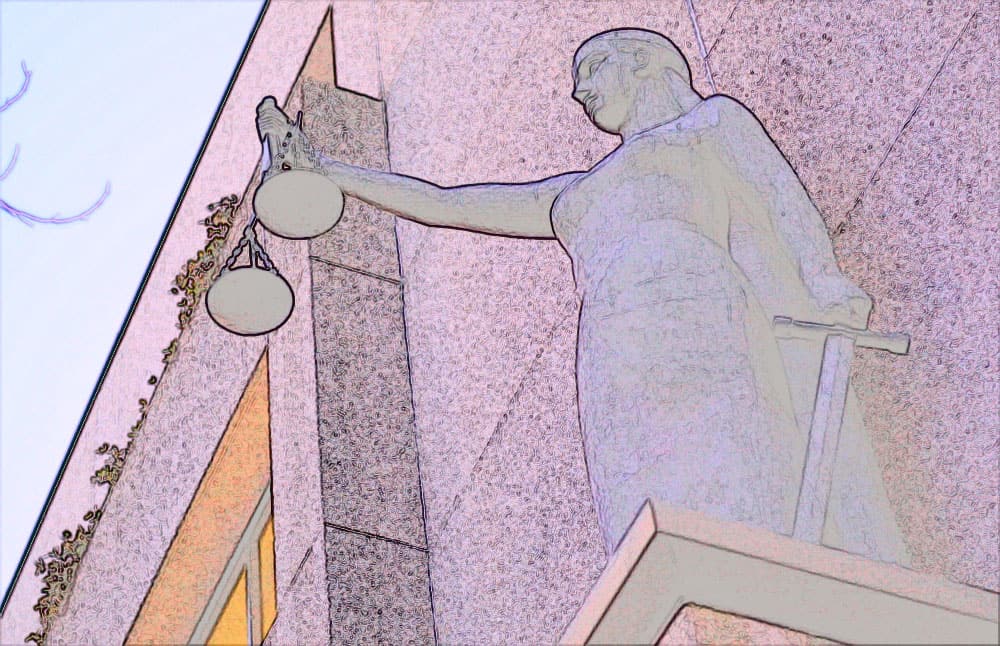 This is a guest post by Alex Ruck Keene, a barrister at 39 Essex Chambers who specialises in Court of Protection work.

In a very unusual case, P v Griffith [2020] EWCOP 46, the Court of Protection has sentenced a woman, a Ms Griffith, to 12 months imprisonment for forging a court order so as to obtain medical records in relation to P, her relation.   P was a 50 year old woman who resided at a specialist hospital on a long term care ward. She had been admitted to that hospital on 17 September 2018 having previously been at a different hospital from 28 May 2018. On 28 January 2018, P she had suffered a bilateral stroke which caused significant brain damage, with a diagnosis of a permanent disorder of consciousness of the type known as Minimally Conscious State Minus.

Ms Griffith had been the applicant in proceedings before the Court of Protection, concerning a dispute between Ms Griffith and the other parties as to P’s condition and prognosis and as to her best interests in relation to her medical treatment, her residence and care and in relation to whether she should be subject to a DNACPR notice.  Those proceedings concluded in April 2020, Ms Griffith’s application being dismissed (there is no reported judgment I can find); she sought permission to appeal to the Court of Appeal, but her application for permission to appeal was dismissed in July 2020.

In October 2019, Ms Griffith sent an email to Barts Health NHS Trust attaching what purported to be a court order made on 10 July 2019. In the body of the email, Ms Griffith informed Barts Health NHS Trust that she was “submitting the above stated form and associated proofs required” and that “she had been alerted to the fact that I needed to approach this organisation for the information myself”. The purported court order attached to Ms Griffith’s email provided for the disclosure of P’s medical records directly to Ms Griffith from Barts Health NHS Trust. Barts should, perhaps, have been alerted by the fact that “purported order bears no court seal and contains none of the recitals that characterise the third party disclosure orders made by HHJ Hilder.”  The records were sent by Barts to the solicitors instructed by Ms Griffith – the solicitor with conduct of the case did not, in fact, read the records or show them to Ms Griffith.

No such order had, in fact, been made, something which only came to light when the solicitors instructed by the Official Solicitor on behalf of P sought disclosure pursuant to orders actually made by the court, at which point Barts said that they had already received the request.

Unsurprisingly, when this came to light, matters were put in train to investigate and then by the Official Solicitor to seek permission to make an application for committal for contempt.   Ms Griffiths did not attend the hearing, but was represented; whilst she exercised her right to silence, her representative submitted that the circumstances did not prove beyond reasonable doubt that Ms Griffith falsified a court order and presented this in support of her request in order to obtain disclosure of confidential medical records of P.

MacDonald J had little difficulty in finding that he was

He adjourned sentencing for two days to give Ms Griffith an opportunity to attend court; she did not do so.  She sent an email to the clerk to MacDonald J saying that she was unwell, although not attending a medical note.  Her representative was unable to contact her, and MacDonald J declined his application to adjourn sentencing.

The Official Solicitor made clear that (although she had no formal role as regards penalty) she had no wish to see Ms Griffith sentenced to a term of imprisonment but felt compelled to bring the conduct of Ms Griffith before the court by way of an application for committal on behalf of P given the gravity of that conduct.

MacDonald J was deeply concerned by the disclosure, noting at paragraph 47 that:

“Ms Griffith’s action in forging a court order, whilst not resulting in her receiving P’s medical records, resulted in confidential medical records to which she was not entitled being disclosed to her solicitors. It was only a matter of chance that Ms Griffith actions were discovered when a legitimate order was made by the court. Within this context, P was, to a certain extent, prejudiced by Ms Griffith’s contempt, particularly in circumstances where medical records are confidential to the individual and it is crucial to respect the privacy of a patient (see Z v Finland (1997) 25 EHRR 371). These actions by Ms Griffith were undertaken in the face of repeated, principled decisions of the court that Ms Griffith should not have such disclosure. In the circumstances, a high degree of culpability must attach to Ms Griffith’s actions which, as I have noted, were deliberate in nature. Ms Griffith has shown no remorse for these actions, and indeed has failed to co-operate with the court by attending court in response to the application to commit her. There is no indication that she appreciates the gravity of her conduct.“

“48. Further, the act of forging a court order strikes at the very heart of the due administration of justice. The need for litigants and third parties to be able to have confidence in the integrity of orders made by the court is fundamental not only to the integrity of individual proceedings but to the maintenance of the rule of law. Any course that acts to undermine confidence in the integrity of court orders is accordingly highly corrosive of both the administration of justice by the courts and to the rule of law more widely (see Commissioners for Her Majesty’s Revenue and Customs v. Munir [2015] EWHC 1366 (Ch) at [9(i)]). Within this context, the counterfeiting of court documents is considered by the courts to amount to a very serious contempt of court (see for example Dryer v HSBC Bank Plc [2014] EWHC 3949 (Ch) and Patel v Patel and others).“

The sentencing exercise he was carrying out, MacDonald J observed, was also in part designed to deter others from “forging orders of the court by making abundantly clear that by doing so they would place themselves at grave risk of an immediate and lengthy sentence of imprisonment” (paragraph 49).

MacDonald J therefore found that the appropriate sentence was one of 12 months imprisonment (which would have been 18 months but for the fact that Ms Griffith has not to date experienced prison, and the current impact on the nature of custody of the COVID-19 pandemic).  He did not consider appropriate to suspend the sentence of imprisonment in circumstances where the objective of the sentence is to mark the disapproval of the court of Ms Griffith’s deliberate and calculated actions and to deter others from acting in a similar fashion, rather than to ensure future compliance with orders of the court in circumstances the substantive proceedings having now concluded.

As MacDonald J observed, it was a only a matter of chance that Ms Griffith’s actions were detected, although the case should undoubtedly serve as a cautionary tale for medical bodies in receipt of orders purporting to be from the Court of Protection – if in doubt, it is always sensible to check with the court itself.   MacDonald J was also clearly – and rightly – concerned by the fact that this was not an offence which was without consequence for P, even if P herself is not a position to recognise those consequences.   It is perhaps therefore not surprising that the penalty was so harsh.

This post originally appeared on the Court of Protection Handbook blog and is gratefully reproduced with their kind permission.

Featured image: Statue of “Justice” outside the New Westminster Law Court, by Waferboard, via Flickr.